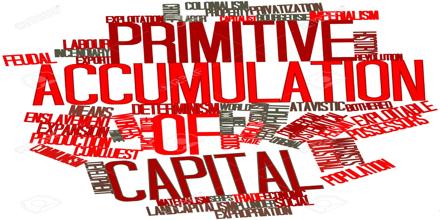 Primitive Accumulation of Capital was laid by the development of the productive forces, the growth of commodity and money relations, and the formation of sufficiently extensive national markets. The concept was initially called in different ways, and the expression of an “accumulation” which is at the origin of capitalism, began to appear with Adam Smith. It was the transformation of the usurped means of production into capital, and the formation of the bourgeoisie.