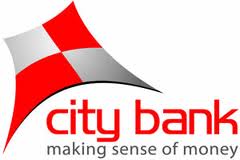 As a student of Bachelor of Business Administration I have to complete internship program as a part of achieving mine Bachelor degree. After completion of the program period a student must submit the report on the assigned topic to the Supervisor and the department. To fulfill this requirement I have attended a three months internship at the city bank ltd. Head office-Finance division. And I am assigned the topic on “Budget & Financial Statement Analysis of the city bank ltd.”

As I was working in the city bank ltd., Head office-Finance division, I got the opportunity to learn different part of banking system especially in finance division. I have learnt the cost center and the business functions of banks.

1.3 Objective of the study:

General objective of the Report

To learn corporate environment of financial institutions like banks.

1.4 Methodology of the Report:

As they assigned me the topic on “Budget & Financial Statement Analysis of the city bank ltd.” Therefore, mainly the sources of data collection are based on secondary sources I have also collected some primary information those are also given below:

1.5 Limitation of the report:

As we know finance division has a significant role on banking sector, that’s why they are very much busy. As top level management officers were busy in their work, I had a little scope to share with them. As an internee I haven’t got enough time to understand more about banking activities of the city bank. But one thing is sure if I got more time I would be able to enrich my knowledge. At the same time for time constraints I couldn’t go in-depth of mine analysis. For maintaining secrecy I am not provided enough information, and it’s another reason which limited me.

The City Bank Limited is the first private sector Bank in Bangladesh. The Bank has been operating since 1983 with an authorized capital of Tk. 1.75 Billion under the entrepreneurship of twelve prominent & leading businessman of the country. The noble intention behind starting this Bank was to bring about qualitative changes In the sphere of Banking and Financial management. Today The City Bank serves it’s customers at home & abroad with 82 branches spread over the country & about three hundred oversea correspondences covering all the major cities and business center of the world.

The services encompass wide diversified areas of trade, commerce & industry which tailored to the specific needs of the customers and are distinguished by an exceptional level of prompt and personal attention. Over the years the Bank has expanded the spectrums of Its Services. The extensive and ever growing domestic network provides and carries various products and services to the doorsteps of millions.

The City Bank Limited has already introduced some new Banking products like duel currency Credit Cards, ATM and Online services which has created attraction among the clients. The Bank is going to introduce real time Internet, SMS and Phone Banking systems with all modern delivery channels at an early date. For significant performance, The Bank has earned national & international recognition.

Prime Minister of the People’s Republic of Bangladesh.

The city bank ltd.  have a distinguished Board of Directors which consists of thirteen successful and reputed businessmen. Mr. Aziz Al-Kaiser, a top leading businessman, industrialist, pioneer personality & entrepreneur of private sector’s Bank in Bangladesh, is the Chairman of the Bank. Mr. Kazi Mahmood Sattar a dynamic, nationally & internationally reputed Banker is the Managing Director (MD) of the Bank.

Vision of the city bank ltd:

To be the leading bank in the country with best practices and highest social commitment.

Mission of the city bank ltd:

To contribute to the socioeconomic development of the country.

To attain highest level of customer satisfaction through extension of services by dedicated and motivated team professionals.

To maintain the high moral and ethical standards.

To ensure participative management system and empowerment of human resources.

To nurture an enabling environment where innovativeness and performance is rewarded.

Retail: In line with the Bank’s strategy of making banking services more accessible to customers, City Bank is planning to launch proper banking services and business in all branches. All branches or the bank will be brought under sales and service model focusing retail banking business while giving services to all other customer of different business units. City bank towards the end of 2007 opened one new branch at Nikunjo under the Retail Banking Model.

Corporate: As a part of its commitment to provide global quality service, City Bank, one of the largest local private banks has launched its Corporate & Investment Banking Division recently. This shift, from branch banking model to business driven matrix, is the first step of the bank’s plan to revitalize its way of doing business in upcoming years.

SME: It is expected that SME business momentum in the coming years will significantly enhance your bank’s market share in this segment.

ICC (Internal Control & Compliance Division): Good controls encourage efficiency, compliance with laws and regulations, sound information and helps eliminate fraud and abuse. Internal control is not only about getting things done but also about ensuring that they are done properly and that this can be demonstrated and reviewed i.e. maintain transparency and accountability.

The principal activities of the bank are to provide all kinds of commercial banking services to its customers through its branches in Bangladesh.

The global economy entered a major downturn in the face of severe shock in mature financial markets since 1930s. In their October 2008 issue of World economic Outlook, IMF projected 3.9 percent global output growth in 2008, down from 5.0 percent registered in 2007. Growth rate of advanced economies is projected downward at 1.5 percent compared with 2.6 percent of 2007. Emerging and developing economies is projected to grow at 6.9 percent as against 8.0 percent of 2007. The downward pressure stemmed from the ongoing sub prime mortgage market difficulties in USA and its spillover effect to other areas. China and India are projected to grow at 9.3 percent and 7.9 percent respectively. But it is feared that the continued recession in the developed countries is likely to reduce the growth rate of developing countries further.

Oil prices experienced strong run-up during late August 2007 to early January 2008 sparked by geopolitical concerns about tensions in the Middle East and some weather related production shutdowns. However due to severe global financial crisis the price of oil declined frown $100 per barrel to below $50 per barrel by the end of November 2008.  The non-fuel commodity price boom picked up at much higher levels in real terms than at any time in the past 20 years. Consumer price inflation has increased markedly in the advanced economies and is projected to be 3.6 percent in 2008. Consumer price rises have been particularly strong in emerging and developing economies and inflation is projected to increase to 9.4 percent in 2008 reflecting strong growth of domestic demand and greater weight of energy and particularly food in the consumer price index.

Global financial system came under serious strains and developed into the largest financial shocks since the Great depression. Equity markets have turned down while volatility measures have remained elevated. Risk spread on both corporate and sovereign papers continued to widen. Despite aggressive response by central banks liquidity remained aggressive response by central banks liquidity remained seriously impaired. The concern for credit risk has intensified. The overall balance of risks to the short-term global growth outlook remains tilted to the downside.

The major downside risks include the risk arising from the still-unfolding events in financial markets, growth risks intensified for inflation and oil market and risk of disorderly unwinding of large global imbalances. Global capital markets continue to be fragile and indicators of systemic risk remain strong.  Rising losses in the context of global slow down could add to strains on capital and exacerbate the squeeze on credit availability.

Looking forward to 2009, the growth of emerging and developing market is likely to ease and will remain at a high level. China is expected to grow at 9.3 percent in 2009 driven by strong domestic demand and rapidly rising current account surplus. South Asia’s (Bangladesh, India, Pakistan, and Sri Lana) growth rate is expected to be robust. The world trade volume is projected to grow 4.9 percent in 2009.

Bangladesh economy during the year 2008 maintained a satisfactory growth in spite of repeated natural calamities like floods and cyclone. Bangladesh achieved a strong growth of 6.2 percent in fiscal year 2008 slightly slower than 6.4 percent of fiscal year 2007.This performance was facilitated by strong remittances of expatriates from abroad and reasonable export growth. Though Bangladesh Bank took monetary policies to achieve the growth but there are several key challenges they faced:

Agriculture sector achieved a moderate growth of 3.6 percent in fiscal hear 2008 mainly due to lower growth in crops and horticulture sub-sector and spread of avian flu in the country.

BB caps interest at13% for banks lending to NBFIs:

Referring to the news of daily newspaper, Bangladesh Bank has fixed their lending interest rate to the Non-Bank Financial Institutions at 13%. This will offset the complexity of lending rate for Banks.

Shipbuilders of Bangladesh are blocked huge funds with bank, which they can invest further.

Bank made a modest profit in 2007, held an excess provision for loans and advance, maintained a surplus capital as per CAR requirement. Bank’s NPL ratio reduced toward benchmark level. An enormous task of restructuring & realignment process is going on in operations, introduced SMS banking, increased ATM & POS numbers as well as number of Cards in respect of Debit and Credit. Bank’s branch network is well spread within the country with 83 branches. There is a work force of nearly two thousand employees comprised of experienced & dynamic supervisors, hardworking & motivated workers lead by charismatic & successful leaders.

The bank is well positioned to meet the challenges in up coming years and will continue to strive to innovate and capture opportunity for satisfactory growth, improvement of asset quality, customer services and value creation. The bank is focused on its existing customers and will focus on potential customers also.  This strategy is supported by wide spectrum of scrumptious products in the bank’s product line up and by offering fast and quality service and pleasant experience to its customers.

The bank will continue to harness the potential of retail operations, SME financing, on line banking channels through out all branches, internet banking, phone banking and NRB remittance market. However, there is continued pressure on interest margins, commission and fee earnings, exchange income and increased provision requirement and compliance issues. In its pursuit for growth, the bank will always adhere to good corporate governance and best practices and sound risk management policies and strict credit evaluation procedure.

I did my internship At The city bank Ltd. Head office-Finance division from the 10th May to 10th  August, 2009. I got the opportunity to work as an internee in the Bank with the Head and SAVP of finance division.

It was clearly mentioned in my joining letter that I was Suppose to give regular attendance at the place where I would be deputed to my project. As an internee I was suppose to perform the following works:

Finding revenue expenditure for each division

When I was attending my internship at The city bank Ltd. Head office-Finance division, two  other students from different educational institution were also doing there internship. So, I got an opportunity to work in a team.

While doing my internship I did some technical work as an internee;

I experienced more with Ms Excel while preparing revenue expenditure of each division.

How they reconcile their accounts

3.5 Use of office Machinery: