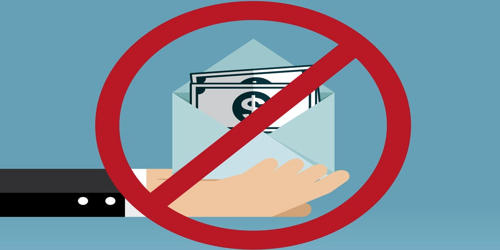 Repugnant transactions create a conflict between market efficiency and morality. A repugnant market is an area of commerce that is considered by society to be outside of the range of market transactions and that bringing this area into the realm of a market would be inherently immoral or uncaring. It happens when some people want to engage in economic activity that others seek to ban, society faces tough choices in designing the right market incentives — or disincentives. For example, many people consider a market in human organs to be a repugnant market or the ability to bet on terrorist acts in the prediction market to be repugnant. Time, location, culture, and circumstance are important to this notion of repugnance. Others consider the lack of such markets to be even more immoral and uncaring, as trade bans (e.g. in organ transplants and terrorism information) can create avoidable human suffering.

When a market is illegal, the versions of it that arise can be quite dangerous. Markets in terrorism futures, child labor, cadavers, surrogacy, and live organ donation are all examples of repugnant markets. It is difficult to compare how markets operate when they’re illegal with what it would be like if they could operate legally. These are areas of exchange considered by society to be beyond the sphere of markets and generally viewed by at least a section of society to be repugnant.

According to Alvin Roth, Ph.D., a Nobel laureate and faculty member in Stanford’s department of economics, the market for heroin in the United States can be considered “repugnant” — that is, a market involving transactions that some people engage in, but others want to ban.

Example: Slavery has been considered acceptable for much of history, but is a universally acknowledged repugnant market today. Others such as abortion are legal in many countries, but still, produce a great deal of societal angst as in the US. In the U.S. selling a kidney is illegal. Considered a repugnant transaction, exchanging dollars for organs is called immoral by many people. Commercial surrogacy is legal in India but banned in many other countries such as France and Italy. Consumption of horse meat provokes (criminal) repugnance in California but is routine in China, Mexico, and Kazakhstan. We might ban buying or selling horse meat in the US, not for the protection of horses, but because we find it morally repugnant.