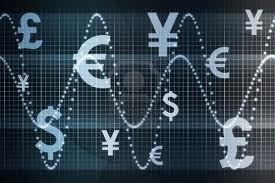 What is a Reserve Currency

Regardless, reserve currency is held in order to support the value of national currencies. For instance, Mexico issues pesos (which are essentially IOUs) to its citizens and repurchases them with U.S. dollars, euros, or other reserve currency around the world held by its central bank. Countries can also hold gold or other precious metals in their official reserves.

The US Dollar’s Exorbitant Privilege

As the USD is the global reserve currency, it enjoys exorbitant privilege in this status. This means that the US can print as much money as possible and still maintain its superior position since the world uses the USD as the reserve currency, which translates into the fact that the world cannot do without the USD. This confers advantages on the USD and by extension, the US as it can run huge trade deficits and at the same time not worry about whether it would run out of reserves like the other countries. As it has the USD under its control, it need not worry about depleting currency reserves as it can print as many dollars as possible. Indeed, as the reasons for the global economic crisis have been analyzed, it became clear that the US was being profligate and careless in its consumption and standard of living patterns that were conferred to it by the USD being the reserve currency.

The Threat from the Chinese Yuan

However, it appears that things are changing with the Chinese Yuan being increasingly used in bilateral trade. In recent months, several countries of the world have agreed to trade in Yuan with each other leading to a dent in the status of the USD as the reserve currency. This means the Chinese are announcing their arrival on the world stage with the Yuan and its use gaining traction. The implications of this trend are worrisome for the US, good for the world as the former needs to seriously rethink its consumption-based model, and the latter can instead hold Yuan rather than USD. Once a country like India runs huge trade deficits, it becomes impossible for it to finance it at each turn meaning that it has either to buy dollars or increase exports. On the other hand, if the Yuan were made the reserve currency, countries in Asia would find it easier to trade as they have good trading relationships with China.