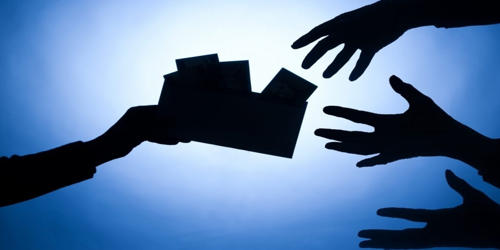 Shadow Economy is an illicit economic activity existing alongside a country’s official economy, e.g. black market transactions and undeclared work. It is perhaps best described by the activities of those operating in it: work is done for cash, where taxes aren’t paid, and regulations aren’t strictly followed. It also is known as the black market, or the underground economy is a clandestine market or series of transactions that has some aspect of illegality or is characterized by some form of noncompliant behavior with an institutional set of rules. It refers to economic transactions that are deemed illegal, either because the goods or services traded are unlawful in nature, or because transactions fail to comply with governmental reporting requirements. If the rule defines the set of goods and services whose production and distribution is prohibited by law, non-compliance with the rule constitutes a black market trade since the transaction itself is illegal. It is difficult to accurately gauge the size of underground economies because, by nature, they’re not subject to governmental oversight.

The shadow economy plays a major role in many countries. Parties engaging in the production or distribution of prohibited goods and services are members of the illegal economy. People evade taxes and regulations by working in the shadow economy or by employing people illegally. Examples include the drug trade, prostitution (where prohibited), illegal currency transactions, and human trafficking. Violations of the tax code involving income tax evasion constitute membership in the unreported economy. However, tracking outgoing expenditures, even though the transactions are cloaked, can give a sense of statistics.

Because tax evasion or participation in black market activity is illegal, participants will attempt to hide their behavior from the government or regulatory authority. This unregulated economic activity can result in reduced tax revenue and public goods and services, lower tax morale and less tax compliance, higher control costs, and lower economic growth rates. Cash usage is the preferred medium of exchange in illegal transactions since cash usage does not leave a footprint. Common motives for operating in black markets are to trade contraband, avoid taxes and regulations, or skirt price controls or rationing. The shadow economy has implications that extend beyond the economy to the political order.

One of the advantages is – High taxes and social security contributions and heavy regulation are the main drivers of the shadow economy. Black money is the proceeds of an illegal transaction, on which income and other taxes have not been paid, and which can only be legitimized by some form of money laundering. A common disadvantage is – the shadow economy is hard to measure, and different methods yield different results. Because of the clandestine nature of the black economy, it is not possible to determine its size and scope. Trying to reduce the shadow economy through punitive fines and tighter controls is costly and not very effective.