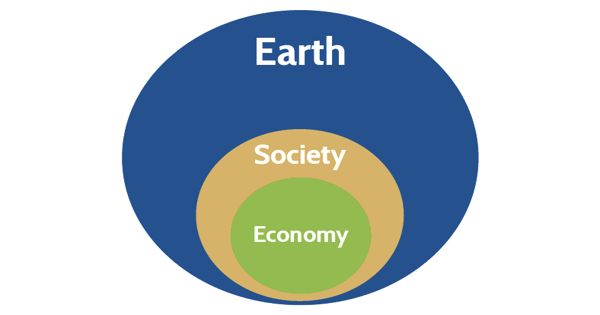 Steady-state Economy – a structured to balance growth with environmental integrity

A steady-state economy is an economy structured to balance growth with environmental integrity. It is an economy made up of a constant stock of physical wealth (capital) and constant population size. This economy seeks to find an equilibrium between production growth and population growth. In effect, such an economy does not grow in the course of time.  To be sustainable, a steady-state economy may not exceed ecological limits.

In a steady-state economy, the population would be stable with birth rates closely matching death rates and production rates similarly matching the depreciation or consumption of goods.

In a steady-state economy, success would be measured by how stable gross domestic product (GDP) is, rather than by GDP growth being the main measure of economic health. The term usually refers to the national economy of a particular country, but it is also applicable to the economic system of a city, a region, or the entire world. It entails the stabilized population and per capita consumption. The aims for the efficient use of natural resources and also seeks fair distribution of the wealth generated from the development of those resources. Birth rates equal death rates, and production rates equal depreciation rates. Minimizing waste allows for a steady-state economy at higher levels of production and consumption. 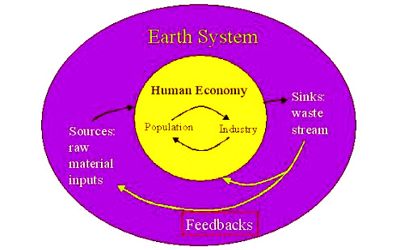 This economy seeks stability over the long-term and maybe judged on a local, regional, or national scale. Early in the history of economic thought, classical economist Adam Smith of the 18th century developed the concept of a stationary state of an economy: Smith believed that any national economy in the world would sooner or later settle in a final state of stationarity.