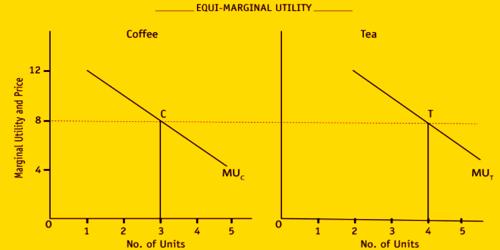 Theory of Law of Substitution

According to this law, if a consumer is to use all the available resource in the consumption of a single commodity then marginal utility,derived from every additional unit will decrease successively. This law states that in order to get maximum satisfaction, a consumer should spend his limited income on different commodities in such a way that the last dollar spent on each commodity yield him equal marginal utility.

Explanation of the Law: