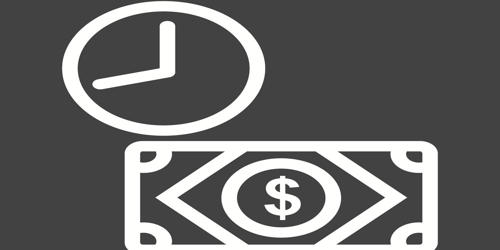 Time-based currency is a type of currency, the value of which is based on units of time. In economics, it is an alternative currency or exchange system where the unit of account is the person-hour or some other time unit. Currencies have historically been based on other value measures. Some time-based currencies value everyone’s contributions equally: one hour equals one service credit. These are issued by time banks, to facilitate the exchange of goods and services among the membership of the timebank.

Time-based currencies, on the other hand, derive their value from hours of labor. In these systems, one person volunteers to work for an hour for another person; thus, they are credited with one hour, which they can redeem for an hour of service from another volunteer. Others use time units that might be fractions of an hour (e.g. minutes, ten minutes – 6 units/hour, or 15 minutes – 4 units/hour). Time is an abstract concept and not even a commodity. You may, however, consider the question metaphorically and see time as in “can you spare me some time.” Time in that sense of the word is actually what we usually call, in economics, “labor.”

A time bank is a reciprocity-based work trading system in which hours are the currency. With time banking, a person with one skill set can bank and trade hours of work for equal hours of work in another skill set instead of paying or being paid for services. Critics also fear that time banking could distort market forces, causing economic problems. Time banking was invented in 1980 by Edgar Cahn, an American professor of Law, to address unfulfilled societal needs in the wake of cuts to social programs during the Reagan administration. Cahn said he created the system as a way to reward “decency, caring, and a passion for justice.”

The concept of time banking arises from the idea that the nature of our financial institutions, marketplaces, and currencies actually determines the nature of the societies we live in. While most time-based exchange systems are service exchanges in that most exchange involves the provision of services that can be measured in a time unit, it is also possible to exchange goods by ‘pricing’ them in terms of the average national hourly wage rate (e.g. if the average hourly rate is $20/hour, then a commodity valued at $20 in the national currency would be equivalent to 1 hour). The basic idea behind time banking is that there are two economies. We’re all familiar with the money economy, where we earn money and exchange it for goods and services.