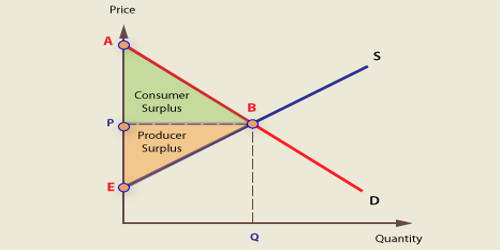 Welfare economics is the study of how the allocation of resources and goods affects social welfare. It is a branch of economics that uses microeconomic techniques to evaluate well-being (welfare) at the aggregate (economy-wide) level. Attempting to apply the principles of welfare economics gives rise to the field of public economics, the study of how a government might intervene to improve social welfare. It begins with the application of utility theory in microeconomics. In practical application, welfare economists seek to provide tools to guide public policy to achieve beneficial social and economic outcomes for all of society. It depends heavily on assumptions regarding the measurability and comparability of human welfare across individuals and the value of other ethical and philosophical ideas. It became established as a well-defined branch of economic theory during the 20th century.

Welfare economics also provides the theoretical foundations for particular instruments of public economics, including cost-benefit analysis, while the combination of welfare economics and insights from behavioral economics has led to the creation of a new subfield, behavioral welfare economics. It can be measured through a variety of factors such as GDP and other indicators that reflect the welfare of the population. In general, welfare economics studies how economic policies influence the prosperity of society.

Economic welfare is a general concept that doesn’t lend to easy definition. The field of welfare economics is associated with two fundamental theorems. Basically, it refers to how well people are doing. The first states that given certain assumptions, competitive markets produce (Pareto) efficient outcomes; it captures the logic of Adam Smith’s invisible hand. The second states that given further restrictions, any Pareto efficient outcome can be supported as competitive market equilibrium. Thus a social planner could use a social welfare function to pick the most equitable efficient outcome, then use lump-sum transfers followed by competitive trade to bring it about. Economic welfare is usually measured in terms of real income/real GDP.

A typical methodology begins with the derivation (or assumption) of a social welfare function, which can then be used to rank economically feasible allocations of resources in terms of the social welfare they entail. An increase in real output and real incomes suggests people are better off and therefore there is an increase in economic welfare. For example, people’s living standards are also influenced by factors such as levels of health care, and environmental factors, such as congestion and pollution. There would, however, be no way of judging among several alternatives of which all fulfilled this condition. These quality of life factors are important in determining economic welfare.