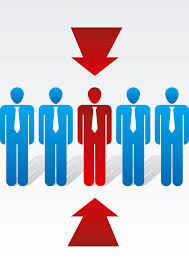 Research says that most of the employees leave an organization out of frustration and constant friction with their superiors or other team members. In some cases low salary, lack of growth prospects and motivation compel an employee to look for a change. The management must try its level best to retain those employees who are really important for the system and are known to be effective contributors.

Though an employee may feel some immediate relief when severing employment, the choice to leave a job is often a stressful and difficult one.  The personal cost can be high in terms of uncertainty, transition adjustments and disrupted social networks.  Further, the cost to the organization can be enormous.  Knowledge or expertise may be lost, customer service may suffer, and communication and coordination may be diminished.  Replacements need to be recruited, selected, trained, gain experience, and become socially integrated before they make substantial contributions.  Consequently, failure to systematically address retention issues is likely to have a negative long-term impact on corporate performance.

Over the past half century, psychologists and management researchers have focused on two major factors as causes of employee retention: job satisfaction and job alternatives.  People who are satisfied with their jobs (e.g., evaluate positively their pay, supervision, chances for promotion, work environment and tasks they do) will stay and those who aren’t will leave. Also, given the same level of dissatisfaction, people with more alternatives will be more likely to leave than those with fewer alternatives.

Considerable research has explored these relationships in detail. There are many causes of job satisfaction such as job enrichment, good supervision, clear roles and met expectations. Dissatisfaction is associated with job stress, repetitive work, role ambiguity and role overload. Economic factors such as pay, benefits, and other financial rewards influence job satisfaction as do structural and procedural factors reflecting autonomy or fairness. In terms of what initiates the turnover process, job dissatisfaction has been described as the most important and frequent cause. Thus, it is good, solid advice to design jobs and manage work environments to maintain a high level of job satisfaction.

Once dissatisfaction sets in, an employee presumably looks around for other work alternatives. The employee may conduct a job search and uncover some interesting options. Both perceived and actual alternatives can influence this process. At this point, it appears that the underlying thought is “I intend to leave.” If alternatives are judged to be favorable in comparison to the present job, the person is predicted to leave. If not, the person stays. Thus, attitudes about one’s current job and the availability of alternatives are seen as the antecedents for voluntary turnover.  Satisfied employees will be less attracted by alternative jobs.

Even though the research results have been relatively weak, this prevailing wisdom has remained relatively unchanged for fifty years.  In sum, a person’s perceptions about alternative job prospects combined with his or her job satisfaction and organizational commitment represents the dominant approach to understanding voluntary employee turnover.

One final comment on the academic literature is necessary.  In most cases, staying is seen as the simple obverse of leaving. That is, people who are satisfied with their jobs and/or have few alternatives will remain on the job.  A relatively recent and influential review article concluded that “relatively less turnover research has focused specifically on how an employee decides to remain with an organization and what determines this attachment.”  This point is critical for our work because we believe that staying and leaving involve different psychological and emotional processes.  Put differently, we believe that accumulated social capital and job embedded is a critical reason why people stay in firms, and it may be as important–or more important–than “staying due to job satisfaction.”