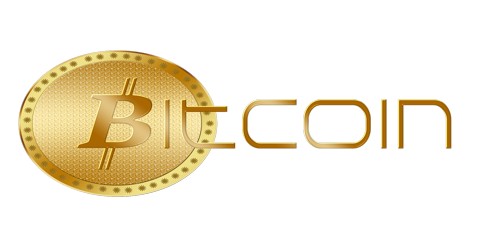 Bitcoin is a digital currency that is not backed by any country’s central bank or government. Bitcoins can be traded for goods or services with vendors who accept Bitcoins as payment. It is not controlled or issued by any bank or government – instead it is an open network which is managed by its users.

Bitcoins aren’t printed, like dollars or euros – they’re produced by people, and increasingly businesses, running computers all around the world, using software that solves mathematical problems. It can be used to buy things electronically. In that sense, it’s like conventional dollars, euros, or yen, which are also traded digitally. However, bitcoin’s most important characteristic, and the thing that makes it different to conventional money, is that it is decentralized. No single institution controls the bitcoin network. This puts some people at ease, because it means that a large bank can’t control their money.

Bitcoin’s core protocol is viewable by anyone, has been vetted by thousands of security researchers around the world, and has proven to be robust and reliable after immense scrutiny. Using bitcoin is similar to using other private applications on the internet, such as email or online banking. Just like these other web services, user must access their bitcoin with a password in order to ensure only they have access to their money. Bitcoins are stored in a “digital wallet,” which exists either in the cloud or on a user’s computer. The wallet is a kind of virtual bank account that allows users to send or receive bitcoins, pay for goods or save their money. Unlike bank accounts, bitcoin wallets are not insured by the FDIC. Value of Bitcoin is constantly jumping up and sinking down. First Bitcoins were sold for nearly $0.3 and now due to increased attention to this cryptocurrency value of 1 BTC grew rapidly and even reached $1000. To store Bitcoins people can use one of the next 3 types of wallets: online wallets, mobile wallets and software (or full-featured) wallets.

Online Wallets are dedicated to store user’s digital keys on the Web. It means that Bitcoin wallet is stored not on their computer, but on some faraway server of service provider. There are different online wallet providers. And depending on the provider, features of Bitcoin wallet can vary. Some online wallets are created with minimum features, while others can be used as a full-featured Bitcoin wallet.

The main advantage of online wallet is that it enables people to enter their wallet in any place of the world. Online wallets are very easy to start using and have simple interface.  Disadvantage of this kind of wallet is security.

The second type is Mobile Wallet, which is almost the same as online wallet, but it is supported by mobile device. Due to the fact that people cannot run full Bitcoin client on mobile device, Simplified Payment Verification (SPV) is used here. So security of storing Bitcoins in mobile wallet comes in question.

Mobile Wallets are very useful if people wish to make payments when they are in the street and away from any computer. The main advantage is convenience, of course. It is possible to pay in stores at POS locations of course, in case merchant supports such kind of payment.

Desktop Wallets are installed on people’s computer. These are full-featured Bitcoin clients, with the the highest security level and the widest variety of features. Once people install this wallet on their computer they need to update it by downloading all blockchains which were created from the very beginning. This can cause some difficulties in using desktop client, as it takes time to download gigabytes of blockchains. Of course, it is recommended to have powerful hardware if they wish to run desktop client.