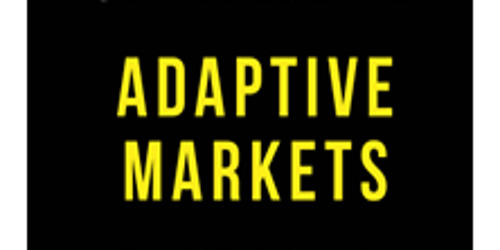 The adaptive markets hypothesis (AMH) combines principles of the well-known and often controversial efficient market hypothesis (EMH) with behavioral finance. Andrew Lo, the theory’s founder, believes that people are mainly rational, but sometimes can overreact during periods of heightened market volatility. The adaptive markets hypothesis, as proposed by Andrew Lo, is an attempt to reconcile economic theories based on the efficient market hypothesis with behavioral economics, by applying the principles of evolution to financial interactions: competition, adaptation, and natural selection. It considers both these conflicting views as a means of explaining investor and market behavior.

AMH argues that people are motivated by their own self-interests, make mistakes, and tend to adapt and learn from them. Under this approach, the traditional models of modern financial economics can coexist with behavioral models. This suggests that investors are capable of optimal dynamic allocation. It contends that rationality and irrationality coexist, applying the principles of evolution and behavior to financial interactions. Lo argues that much of what behaviorists cite as counterexamples to economic rationality—loss aversion, overconfidence, overreaction, and other behavioral biases—are, in fact, consistent with an evolutionary model of individuals adapting to a changing environment using simple heuristics.  The emerging discipline of behavioral economics and finance has challenged the EMH, arguing that markets are not rational, but rather driven by fear and greed.

The adaptive markets hypothesis (AMH) is based on the following basic tenets: