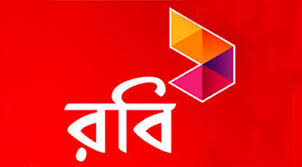 In this 21st century mobile networking is became a basic needs of our day to day lifestyle. Most of the people of our society are using mobile networking for communicating. The basic function of telecommunication is to connect people through voice transfer, text messages and via internet. Apart from this basic function, telecommunication has already started introducing some diversified areas with the help of its mobile network. Mobile technology is presently providing various cheap solutions in people‟s daily life. The traditional thinking of connecting people through mobile phone is far behind in comparison with the present scenario. Information technology enables telecom companies to provide economic solutions with a very cheap and easily available access which was earlier costly and not accessible to some extent.

Today, telecommunication has become a day to day necessity of the people. The number of mobile phone user is increasing day by day in our country. It is a very attractive market for the mobile connection provider. Presently there are six companies in the market. Each of them is trying to maintain and increase their market share. Among them Robi Axiata Limited is one of the leading company in the sector. Many other companies of different market have contributed a lot behind the success of Robi. I have got the opportunity to work with Robi in the Market Operation Buying Department. This department does the procurement for the market operation of Robi.

Robi Axiata Limited, formerly known as Telekom Malaysia International (Bangladesh), commenced its operation in 1997 under the brand name Aktel among the pioneer GSM mobile telecommunications service providers in Bangladesh. Later, on 28th March, 2010 the company started its new journey with Robi Axiata Limited. The brand name Robi. Robi is truly a people-oriented brand of Bangladesh. Robi, the people’s champion, is there for the people of Bangladesh, where they want and the way they want. Having the local tradition at its core Robi marches ahead with innovation and creativity. To ensure leading-edge technology, Robi has the international expertise of Axiata and NTT DOCOMO INC. It supports 2G voices, CAMEL Phase II & III and GPRS/EDGE service with high-speed Internet connectivity. Its GSM service is based on a robust network architecture and cutting edge technology such as Intelligent Network (IN), which provides peace-of-mind solutions in terms of voice clarity, extensive nationwide network coverage and multiple global partners for international roaming. It has the widest International Roaming coverage in Bangladesh connecting 550 operators across 205 countries. Its customer centric solution includes value added services (VAS), quality customer care, easy access call centers, digital network security and flexible tariff rates. With its strengths and competencies developed over the years, Robi aims to provide the best quality service experience in terms of coverage and connectivity to its customers all over Bangladesh. Together with its unique ability to develop local insights, Robi creates distinct services with local flavor to remain close to the hearts of its customer. Description of the Project

Objective of the report:

The objective of the report can be viewed in two forms:

Framework of the report:

The whole project report has been arranged in three specific parts. Part one named as Introduction, which includes the summary, objectives, significance and methodology of the report. Part two named as Analysis part which includes overview of the media in Bangladesh, Analysis of investment data of (Jan‟15- Jun‟15). Part three includes recommendation and conclusion.

The target populations for the study are –

The study will be conducted within the organization to represent the total investment in media as well as comparison with the telecom industry for the last six months for Robi Axiata Limited.

I collected the data for the report from two sources.

To make an overview of telecom industries media expenditure I needed the total expenditure data of the industry. I collected the data from Ryans, monitoring agency of Robi Axiata limited with help of my company Supervisor. Moreover, I used company annual report, interview of employees, Internet browsing and company website.

Overview of Different Media in Bangladesh

Media is a very gigantic idea. If we consider communicating medium there are countless media vehicle which can be used. But for this report I have used 3 major media vehicles:

However, now a days Digital media is also popular as we are living in digital era.

There are dailies, weeklies, monthly, periodical publications presenting different kind of news from local and international and giving vast opinion from different corner of Bangladesh. Beside Bangla newspaper there are many English newspapers also have good responsibility to the society.

Now a days radio became very popular at Bangladesh. There are two types of radio. One is FM radio another is Online radio.The popularity of FM is increasing day by day. In this digital era every mobile phone has the FM radio option and more then 30% people are using mobile phone in Bangladesh. Moreover, People engage themselves in different work all day long. As a result they do not get any time or opportunity to get recreation. Only radio can help them out. At the same time telecom operators are taking this opportunity. On the other hand Radio media became flourish. The different FM channels are emerging as well. At present there are 17 radio station including Bangladesh Betar.

Analysis of Investment in RADIO (Jan’15 to Jun’15)

To analyze the investment in radio for the telecom operator I have selected 11 radio channels because the operators more or less invest in these channels. Here, I have calculated the total investment of last six months.

From the above table I found that, the total investment of the telecom industry in radio for the last 6 months was tk37,69,40,548. The six operator of the industry more or less invested in 11 channels. However, Robi is the highest investor and Teletalk spend lowest in this field over the last six months. Moreover, all the operator spent highest amount at Radio foorti because the channel is very popular in the country. On the other hand, as we know GP is the market leader as well as a strong competitor of robi , it has followed a different strategy. To grab the ultra rural consumer it invested in Bangladesh Betar as well which other operators have not maintained.

The above pie chart shows the 360 degree picture of investing in radio media for the telecom operators of Bangladesh. In the industry, over the last six months Robi invested 36%, GP 32%, Banglalink 18%, Airtel 13%, Teletalk .03% and Citycell .53%. Though GP is the market leader, but Robi invested more than GP. Now days, the radio became popular to youth and youth is filling up a very big portion as target customer for the telecom operators. As a result the investment in radio is increasing day by day. Furthermore, as we know Robi Axiata limited, the telecom operator is in growth stage, so the company is trying to hold and expand the market share. Therefore, it is investing more in media.

At present there are more than 15 radio channels exist in Bangladesh. However, the telecom operators are investing in the channels below. From the above pie chart, we got the percentage of investing in radio for the operator in the telecom industry. Now we will analyze how much they invest in different radio channel.

Both the operator invest the highest portion of their total investment in radio foorti. Finally, teletalk invest invest .03% of industry in radio which is too low.

Investment in Channel: From the previous pie chart we got the total investment picture in TV media by the six operators. Now we will analyze the data to calculate how much the operator invest in different specific channels.

To analyze the investment in channel we have selected 24 TV channels. Where only BTV is government TV channel and others are privet channels.As we already know from previous table that Airtel spent 15% of industry at Tv channel. Here, we can see that it invest 30% of its total investment in three TV channels : ATN Bangla, Channel i and GTV. Airtel do so because these channels are very popular now days and have the loyalty from audience. Secondly Banglalink also invest almost 30% of its total investment in ATN Bangla, channel i and DEsh TV.However, Citycell only invested in channel i. GP mostly invested in Channel i, gazi TV and SA TV where Robi mostly invested in ATN bangla, Ekattor and MY TV. Furthermore, Teletalk invested 66% of its total investment in Desh Tv, Ekattor and RTV. However, there are some least invested channels like Asian TV, Bijoy TV Mohona tv and so on. If we analyze the discussion we can bring some key points.The telecom Operators are investyed mostly in 3 or 4 channels because of popularity. However, if I make comparison with Robi I must say it invested 8.15% of its total investment at MY TV which is not worth. Because MY TV is not so much popular in Bangladesh, even competitors are also not investing in it.

Publications are very strong and old media in Bangladesh. Newspapers reach to the area where satellite TV or FM radio network does not exist. In these circumstances the press holds a large portion of investment from telecom operators. There are different types of publications like daily, weekly, quarterly and so on. The most popular newspaper is daily as well as bangla newspaper and magazine.

Investment by Operator: To calculate the total investment in publications by different telecom operators I have listed the entire newspaper name and their respective investment. There are 40 newspapers where the operators have invested more or less for the last six months (Jan‟15- Jun‟15) After analyzing the whole expenditure of the telecom industries for the time (Jan‟15-Jun‟15) and making the comparison with Robi I have came up with some suggestion which might help the organization to improve their performance. The following recommendations are given below:

After analyzing the total investment in press we can say that robi is investing more in regional newspaper then national paper. My recommendation is to reduce the investment in print media and invest a portion of that to digital media. Moreover, robi should reduce the investment in non popular newspaper and increase in popular to retain the customer. Robi should also grab the audience by investing more on supplement / magazine because people read those papers taking much time.

Finally I can say that, ROBI Axiata limited, a leading telecommunication company has a very good market share and playing a competitive role in the market place. However, to reach to consumer media is a very important stakeholder in an industry. In Bangladesh,

Telecommunication industry and the Media Industry are closely connected. After analyzing total expenditure of media (Jan ‟15- Jun‟15) by the telecommunication industry we can say the telecom companies invest a big portion of its budget to media. If we make comparison with Robi Axiata Limited, the company is the highest investor in media. To retain and enhance the consumer there is no alternative for media to reach to consumer.To sum up, I ca say that robi should invest in different media following some segmental strategy. First of all, they should study the market as well as consumer, what they want, what they feel, what they love. Then they should invest in media based on that. I believe, following this strategy and from above recommendation robi can gain more market share with investing less.