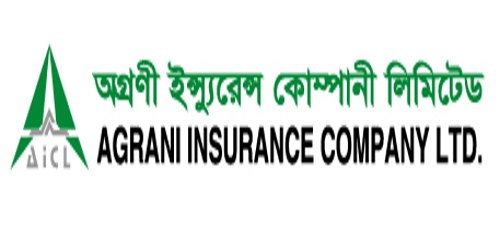 It is a broadly described annual report of Agrani Insurance Company Limited in the year of 2011. The company has reached a new height and during the year 2011, the company raised its Authorized Capital up to 50 Crore. During the year 2011, the company earned the gross premium of Tk. 285.67 which is 10.92% higher than that of the preceding year. The premium income increased by 11.28% compared to that of the previous year. The net premium income of 2011 was Tk.140 million which was Tk.139 million in 2010. The company earned the net profit of Tk. 43.82 million in 2011 as against Tk. 47.68 million in the previous year. Total assets of the company stood at Tk.461.22 million as against Tk. 405.08 million in the last year.

The Board is continuously making effort to uphold and protect the interest of the shareholders. In order to maintain a satisfactory capital adequacy ratio, the Board declared @10% (Ten) percent stock dividend i.e. 1 share for existing 10 shares for the year 2011 subject to the approval of the shareholders at the Annual General Meeting. These financial statements are presented in Bangladesh Taka (Taka/Tk/BDT) which is the company’s functional currency. All financial information presented in Taka has been rounded off to the nearest Taka.