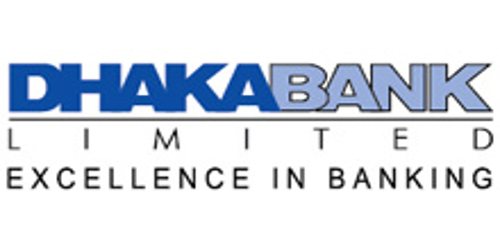 It is a broadly described annual report of Dhaka Bank Limited in the year of 2013. During the calendar year 2013, The Bank contributed Tk. 1,117 million to national exchequer as tax, which is 51 percent higher than 2012. For the year ended 31st December 2013, The Bank’s Net Profit Stands at Tk. 1,927 million, Operating Profit crossed Tk. 3,694 million, rising by 15 percent from Tk. 3,223 million in 2012, indicating that core income remained robust. During the year Bank’s total balance sheet increased by 11 billion. Deposit saw good progress during every quarter of the year, Increasing by 9 billion, or 8 percent during 2013. The market price of shares of DBL in Dhaka Stock Exchange and Chittagong Stock Exchange was Tk. 18.80 and Tk. 18.10 on the close of the business of the year 2013.

The Board of Directors of DBL to recommend @17% cash dividend and @5% Stock Dividend for the year that ended on December 31st, 2013 subject to approval in the 19th Annual General Meeting. These financial statements are presented in Bangladesh Taka (Taka/Tk/BDT) which is the company’s functional currency. All financial information presented in Taka has been rounded off to the nearest Taka.