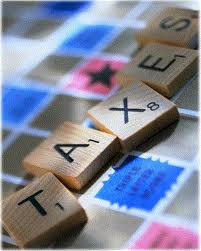 The term ‘corporate tax management’ consists of three words that can be defined as follows:

Corporate means “of a corporation”, where a corporation (or company) is a legal entity formed under the Companies Act having a continued existence, paid-in capital represented by transferable shares, limited liability for the shareholders and a divorce between management and ownership.

“Management is the process of planning, organizing, leading and controlling the work of organization members and of using all available organizational resources to reach stated organizational goals” – J. A. F. Stoner, R. E. Freeman, and D. R. Gilbert (1998), Management (Englewood Cliffs, N.J.: Prentice-Hall; 6th edition). ‘Organizational resources’ include six M’s – men, materials, machine, money, method, and market. According to Henri Fayol, “To manage is to forecast and plan, to organize, to command, to coordinate and to control.”

Thus, ‘corporate tax management’ means dealing with the tax matters of a corporation or company with a view to maximizing the after-tax rate of return on investments after ensuring voluntary tax compliance. For this purpose, each corporate entity has to –

(1)   ensure that it keeps proper records;

(2)   deduct tax at source where it is necessary;

(5)   comply with notices received from the tax authorities; and

(6)   be aware of legal remedies where it does not have its rights under the law recognized.

“Noncompliance is a more neutral term than evasion since it does not assume that an inaccurate tax return is necessarily the result of an intention to defraud the authorities and it recognizes that inaccuracy may actually result in overpayment of taxes” (Webley et al. 1991, 2).

“‘Tax cheating’ describes deliberate acts of noncompliance and does not entail the difficulty of legal proof of tax evasion” (Webley et al. 1991, 3).

“In evading tax one is knowingly breaking the law. This has social and psychological consequences such as stigma and guilt and involves confronting different costs since there is a risk of being caught and fined or sent to prison” (Webley et al. 1991, 3).

Under this model, evading taxes is seen as a defective act within a social dilemma as follows.

According to Justice Jagadisan J., “Avoidance of tax is not tax evasion and it carries no ignominy with it, for, it is sound law and, certainly, not bad morality, for anybody to so arrange his affairs as to reduce the brunt of taxation to a minimum” – mentioned in the verdict of Aruna Group of Estate v. State of Madras (1965) case (Palkhivala and Palkhivala 1976, 46).

Avoidance involves ‘every attempt by legal means to prevent or reduce tax liability which would otherwise be incurred, by taking advantage of some provision or lack of provision in the law … it presupposes the existence of alternatives, one of which would result in less tax than the other’ (Report of the Royal Commission of Taxation 1966, 538; vide Webley et al. 1991, 2).

Tax avoidance “is the art of dodging taxes without breaking the law. ……tax avoidance means of traveling within the framework of the law or acting as per the language of the law only in form, but murdering the very spirit of the law and thus acting against the intention of the law and defeating the purpose of the particular legal enactment” (Lakhotia and Lakhotia 1998, 10).

“‘Tax planning’ takes maximum advantage of the exemptions, deductions, rebates, reliefs and other tax concessions allowed by taxation statutes, leading to the reduction of the tax liability of the tax payer” (Lakhotia and Lakhotia 1998, 10).

According to Shuklendra and Gurha (1992, 10), the prime objectives of tax planning are to achieve the following results:

However, according to Scholes and Wolfson (1992, 3), “Traditional approaches to tax planning fail to recognize that effective tax planning and tax minimization are very different things. The reason is that in a world of costly contracting, implementation of tax-minimizing strategies may introduce significant costs along nontax dimensions. Therefore, the tax-minimization strategy may be undesirable. After all, a particular easy way to avoid paying taxes is to avoid investing in profitable ventures.” Thus, effective tax planning means not to minimize tax, but to maximize after-tax rates of return on assets.

According to Lakhotia and Lakhotia (1998, 11-12), the various objectives of corporate tax planning can be grouped under four different heads:

(a)    Having maximum taxpayer units;

(b)   Taking maximum advantage of the exemptions, deductions, rebates, reliefs, and other tax concessions;

(c)    Legally avoiding unwarranted additions to the income; and

Why do Tax Rules influence Investment Decisions? [Scholes and Wolfson (1992, 2)]

(1)   the returns to different types of assets are taxed differently,

(2)   the returns to similar assets are taxed differently if they are located in different tax jurisdictions,

(3)   the returns to similar assets located in the same tax jurisdiction are taxed differently if they are held through different legal organizational forms (such as a corporation versus a sole proprietorship), and

(4)   the returns to similar assets located in the same tax jurisdiction and held through same legal organizational form are taxed differently depending upon such factors as:

(a)    the operating history of the organization,

(b)   the returns to other assets held by the organization, and

(c)    the particular characteristics of the individual owners of the organization.

Why do Tax Rules influence Financing Decisions? [Scholes and Wolfson (1992, 2)]

Tax rules influence the financing decisions of firms through their effect on the cost of financing the firm’s activities. A firm is said to make a “capital structure decision” when it decides how it will finance its activities. The capital structure of a firm is composed of various types of ownership claims, some of which are called debt and others of which are called equity. The cost of issuing a capital structure instrument depends on the tax treatment it is accorded, which, in turn, depends on whether the instrument –

(2)   is issued to an employee, a customer, a related party, a bank, or any one of a number of other special classes of suppliers of capital, and

(3)   is issued by a corporation, a partnership, or some other legal organizational form.

It also depends upon the tax jurisdiction in which the capital structure instrument is issued.

If investment by individual investor is deemed to be tax-advantageous relative to corporations, it is important to determine whether existing corporations should liquidate (so individual investors can reinvest the funds in ways that result in single-level taxation) or whether retained earnings should be reinvested at the corporate level, if there exist projects that generate returns above the competitive rate.

Say, a company distributes Tk. 1 as a dividend today, shareholders pay taxes at their own ‘personal tax rates’, tpo, and reinvest the ‘after-tax income on their own account for n periods at an after tax rate of Rb(1 – tpn) or rpn per period. If the company retains the Tk. 1 of after-tax corporate income, on the other hand, and invests it on corporate account, it returns Rb(1 – tcn) or rcn per period after tax until it finally distributes the accumulated amount of retained earnings. At that time, shareholders pay tax on the distribution at tax rate tpn. So we can compare the two alternatives as follows:

where rpn and rcn should be interoperated as annualized return available over the n-period horizon.

Dividend Taxation – Incidence on whom?

A new section 16D has been inserted by the proposed Finance Act 2003. As per provision of this section 16D (Charge of dividend distribution tax), where a company registered under the Companies Act 1994 declares dividend, whether interim or otherwise, on or after 1 July 2003, the company shall pay, in addition to tax payable under the ITO, ‘dividend distribution tax’ (DDT) at the rate of 10 percent on such dividend within 60 days from the date of such declaration. Under the proviso to this section 16D, the DDT is not applicable for following two types of dividends defined u/s 2(26):

(1)     any profit remitted outside Bangladesh by a company not incorporated in Bangladesh under the Companies Act, 1994 [clause (dd) of section 2(26)], and

(2)     any payment by a private company of any sum (whether as representing a part of the assets of the company or otherwise) by way of advance or loan to a shareholder or any payment by any such company on behalf, or for the individual benefit, of any such shareholder, to the extent to which the company, in either case, possesses accumulated profit [clause (e) of section 2(26)].

Under paragraph (mentioned as ‘para’ hereinafter) 22 (amended by Finance Act 2003) of Part A, Sixth Schedule, dividend income on which the DDT is payable by the company u/s 16D is totally non-assessable and under the provision of the new proviso u/s 54 (replaced by Finance Act 2003), no tax shall be deducted at source on this dividend.  Under para 22A (inserted by Finance Act 2003) of Part A, Sixth Schedule, dividend income from a mutual fund or a Unit Fund is non-assessable up to Tk. 25,000. Since there is no mention about any exemption provision from ‘tax deducted at source’ (TDS) u/s 54 @ 10%, the dividend on unit/mutual fund is thus apparently subject to TDS for holders of unit/mutual fund certificates unless (s)he submits a certificate to be taken u/s 54(2) from the Deputy Commissioner of Taxes (DCT) that the aggregate amount of dividends to be received  from one or more public limited companies will not exceed Tk. 25,000.

For publicly traded company, if dividend payment is more than 20%, a rebate of 10% of income tax will be allowed (FA 2002 & Finance Act 2003). However, by inserting section 16B by the FA 2002, a provision has been made to impose additional tax on undistributed profit @ 5% if the dividend payment or issue of bonus share within 6 months after the end of the income year has not been at least 15% of paid up capital.

*     37.5% if dividend declared by less than 10% or failure to pay declared dividend within SEC stipulated time

Income tax rates for a public limited company, not being a banking or insurance company, listed with any Bangladeshi stock exchange can be shown as follows on the basis of dividend payment ratios (for AY 2004-2005):

Proviso to Section 31 of the Income Tax Ordinance 1984:

No tax shall be payable by an assessee, being a non-resident, in respect of any profits and gains arising from the transfer of stocks or shares of a public company as defined in the Companies Act 1994 (Act XVIII of 1994) subject to the condition that such assessee is entitled to similar exemption in the country in which he is a resident.

Under section 32(7), “Notwithstanding anything contained in this section or section 31, where a capital gain arises from the transfer of a capital asset being Government securities and stocks and shares of public companies listed with a stock exchange in Bangladesh, then no tax shall charged under this section.”

Under section 32(12), notwithstanding anything contained in sub-section (7), no exemption shall be allowed to any person on so much of profits and gains arising out of the transfer of a capital asset as is attributable to the cost of acquisition of such asset in respect of which any investment allowance referred to in paragraph 8 of Part B of the Sixth Schedule to this Ordinance was at any time allowed.

Paragraph 8 of Part B of the Sixth Schedule of the Income Tax Ordinance: Exemptions and Allowances [for Assessees Being Resident] for allowing Investment Tax Credit

8.      Any amount invested by an assessee, not being a company, in the acquisition, of any stocks or shares of a company or other body corporate which fulfills the following conditions, namely,-

(b)   in the case of any other body corporate, it shall be established by or under any Act of Parliament;