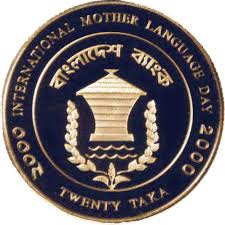 Assignment on Role of Bangladesh Bank And Banking Services

When we use the term bank it generally means ‘commercial bank’ that collects the Deposit from surplus unit of the society and then lends the deposits to the deficit units of the society. From very first emergence and inception of modern civilization, Bank plays a pivotal role in case of overall financial and socioeconomic development of any modern country.

The basic functions of bank are deposit extraction and credit extension. Credit is the nub of banking business. It helps this kind of organizations to earn around 80% of the total revenue. Managing credit operation, thus, is the crying need for any bank. In case of failure in credit management, a bank may face extinction. It is, therefore, necessary that a bank has a proper credit profile that guides the credit operation of the bank in an effective manner. For proper management of credit each and every bank follows the profile for smooth approval, direction, monitoring and review of lending operation.

Bank’s may fall into engulfing crisis or may wind up with consumption of capital if they do not practice proper Appraisal and approval process and loan classification and provisioning system on their advance. Appraisal and approval process of a bank loan application involve a series of activities. These activities reveal a true element of banking intermediation ranging from establishing relationship with a stranger (walk-in customer) to structuring a credit line for the existing clients. In order to manage the risk inherent in lending, banks across the world developed many tools. The central bank, as a controller of financial discipline, usually issues guidelines on loan appraisal and approval as well as loan classification and provisioning system and supervises the same for making credit discipline strong and confident. This paper attempts to discuss the guidelines of loan classification and provisioning system prescribed so far by Bangladesh bank and some important tools used in loan approval and appraisal process includes such of these tools like LRA and CRG model With a view to ensuring financial soundness of the banking sector .

The name bank derives from the Italian word banco “desk/bench”, used during the Renaissance by Florentines bankers, who used to make their transactions above a desk covered by a green tablecloth. However, there are traces of banking activity even in ancient times.

In fact, the word traces its origins back to the Ancient Roman Empire, where moneylenders would set up their stalls in the middle of enclosed courtyards called macella on a long bench called a bancu, from which the words banco and bank are derived. As a moneychanger, the merchant at the bancu did not so much invest money as merely convert the foreign currency into the only legal tender in Rome- that of the Imperial Mint.

The definition of a bank varies from country to country. Under English law; a bank is defined as a person who carries on the business of banking, which is specified as:

Conducting current accounts for his customers

Paying cheque drawn on him,

And collecting cheque for his customers.

The number of banks in all now stands at 49 in Bangladesh. Out of the 49 banks, four are Nationalized Commercial Banks (NCBs), 28 local private commercial banks, 12 foreign banks and the rest five are Development Financial Institutions (DFIs).

Sonali Bank is the largest among the NCBs while Pubali is leading in the private ones. Among the 12 foreign banks, Standard Chartered has become the largest in the country. Besides the scheduled banks, Samabai (Cooperative) Bank, Ansar-VDP Bank, Karmasansthan (Employment) Bank and Grameen bank are functioning in the financial sector. The number of total branches of all scheduled banks is 6,038 as of June 2000. Of the branches, 39.95 per cent (2,412) are located in the urban areas and 60.05 per cent (3,626) in the rural areas. Of the branches NCBs hold 3,616, private commercial banks 1,214, foreign banks 31 and specialized banks 1,177.

Bangladesh Bank (BB) regulates and supervises the activities of all banks. The BB is now carrying out a reform programmed to ensure quality services by the banks.

Bangladesh Bank (BB) has been working as the central bank since the country’s independence. Its prime jobs include issuing of currency, maintaining foreign exchange reserve and providing transaction facilities of all public monetary matters. BB is also responsible for planning the government’s monetary policy and implementing it thereby.

The BB has a governing body comprising of nine members with the Governor as its chief. Apart from the head office in Dhaka, it has nine more branches, of which two in Dhaka and one each in Chittagong, Rajshahi, Khulna, Bogra, Sylhet, Rangpur and Barisal.

The central bank and monetary authority of the country. It came into existence under the Bangladesh Bank Order 1972 (Presidential Order No. 127 of 1972) which took effect on 16 December 1971. Through this order, the entire operation of the former State Bank of Pakistan in the eastern wing was transferred to Bangladesh Bank.

Bangladesh Bank has been entrusted with all the traditional central banking functions including the sole responsibilities of issuing currency, keeping the reserves, formulating and managing the monetary policy and regulating the credit system of Bangladesh with a view to stabilizing domestic and external monetary value and promoting and maintaining a high level of production, employment and real income in the country. The bank acts as the banker to the government and accepts government deposits, cheques and drafts, and undertakes collection of cheques and drafts drawn on other banks. The government deposits all its cash balances with the Bangladesh Bank free of interest. The bank transfers government funds from one place to another as requested by the government and its agencies. It makes ways and means for advances to the government, which is repayable not later than three months. It acts as the public debt manager and runs a public debt office (PDO) within itself. The bank also sells government treasury bills on tender, prize bonds and different types of saving certificates (sanchayapatra). The bank acts as the clearing house of the scheduled banks

The purchase, sale and rediscount of bill of exchange and promissory notes drawn on and payable in Bangladesh are also included in the activity of the bank. The bank acts as the lender of last resort for the government as well as for the country’s scheduled banks. All scheduled banks are required to maintain a minimum reserve with the Bangladesh Bank. The present statutory liquidity reserve (SLR) requirement is 20% of total demand and time liabilities, 4% of which is to be maintained as cash reserve ratio (CRR), and the rest 16% as approved securities. The SLR requirement for Islamic banks is 10% and they are to keep 4% of this reserve as CRR and the rest 6% in approved securities.

Bangladesh Bank exercises its wide range of power in credit control through different types of traditional and non-traditional methods. In addition to bank rate and open market operations, it uses a number of other weapons. It can vary the minimum reserve requirements of scheduled banks whenever circumstance so warrant. Being responsible for maintaining external value of Bangladesh currency, the bank also handles the exchange control. It ensures that all foreign exchange inflows are accounted for, and surrendered to the authorized dealers. It allocates and rations foreign exchange in line with the set priorities. Bangladesh Bank is empowered to manage the country’s international reserves, which represent aggregate of its holding of gold, foreign exchange, SDR and reserve position in the IMF. The bank also acts as the representative of the government in different international agencies and other forums such as World Bank, IMF, Asian Clearing Union, ADB, etc.

To reduce the huge costs of printing currency notes from foreign countries Bangladesh Bank had initiated a Security Printing Project, which was converted into a limited company of the name The Security Printing Corporation (Bangladesh) Ltd. on 18th October 1992. The corporation is now working as a commercial concern and prints all currency and bank notes in Bangladesh. Other security papers, such as judicial and non-judicial stamps, prize bonds, revenue stamps, postal envelope and stamps, band rolls for customs and excise department, and cheque books of different private banks in Bangladesh are also printed by this company. The company however, does not have a minting plant and the country still remains dependent on foreign mint companies for minting the coinage.

Generally this sort of account opens for business purpose. Customers can withdraw money once or more against their deposit. No interest can be paid to the customers in this account. If the amount of deposit is below taka 1,000 on an average the bank has authority to cut taka 50 from each account as incidental charge after every six months. Against this account loan facility can be ensured. Usually one can open this account with taka 500. One can open this sort of account through cash or check/bill. All the banks follow almost the same rules for opening current account.

Usually customers open this sort of account at a low interest for only security. This is also an initiative to create people’s savings tendency. Generally, this account is to be opened at taka 100. Interest is to be paid in June and December after every six months. If money is withdrawn twice a week or more than taka 10,000 is withdrawn (if 25% more compared to total deposit) then interest is not paid. This account guarantees loan. Almost all the banks follow the same rules in the field of savings account, except foreign banks for varying deposit. On an average, all the banks give around six percent interest.

Some Banks render special services to the customers attracting other banks.

Customers need an Internet access service. As an Internet Banking customer, he will be given a specific user ID and a confident password. The customer can then view his account balances online. It is the industry-standard method used to protect communications over the Internet.
To ensure that customers’ personal data cannot be accessed by anyone but them, all reporting information has been secured using Version and Secure Sockets Layer (SSL).

Home banking frees customers of visiting branches and most transactions will be automated to enable them to check their account activities transfer fund and to open L/C sitting in their own desk with the help of a PC and a telephone.

Electronic Banking Service for Windows (EBSW) provides a full range of reporting capabilities, and a comprehensive range of transaction initiation options.
The customers will be able to process all payments as well as initiate L/Cs and amendments, through EBSW. They will be able to view the balances of all accounts, whether with Standard Chartered or with any other banks using SWIFT. Additionally, transactions may be approved by remote authorization even if the approver is out of station.

Automated Teller Machine (ATM), a new concept in modern banking, has already been introduced to facilitate subscribers 24 hour cash access through a plastic card. The network of ATM installations will be adequately extended to enable customers to non-branch banking beyond banking.

Tele Banking allows customers to get access into their respective banking information 24 hours a day. Subscribers can update themselves by making a phone call. They can transfer any amount of deposit to other accounts irrespective of location either from home or office.

SWIFT:
Swift is a Bank owned non-profit co-operative based in Belgium servicing the financial community worldwide. It ensures secure messaging having a global reach of 6,495 Banks and Financial Institutions in 178 countries, 24 hours a day. SWIFT global network carries an average 4 million message daily and estimated average value of payment messages is USD 2 trillion.
Swift is a highly secured messaging network enables Banks to send and receive Fund Transfer, L/C related and other free format messages to and from any banks active in the network.

Having SWIFT facility, Bank will be able to serve its customers more profitable by providing L/C, Payment and other messages efficiently and with utmost security. Especially it will be of great help for our clients dealing with Imports, Exports and Remittances etc.