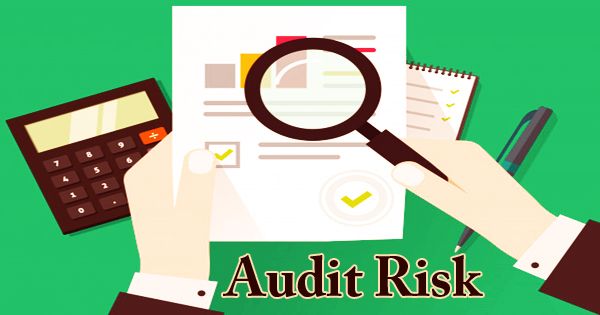 Audit risk is the risk of an inappropriate audit opinion on financial statements being expressed by the auditors. Auditors are at risk of offering an unqualified or clean opinion on financial statements involving a substantive error. The aim of the audit is through adequate testing and sufficient evidence, to reduce the audit risk to an acceptable low level. Since creditors, investors and other stakeholders depend on the financial statements, the audit risk for a CPA business doing audit work can bear legal liability. Audit risk always exists regardless of how nicely auditors deliberate and performed their audit tasks. However, auditors can minimize the level of risk, e.g. by way of increasing the wide variety of audit procedures.

An auditor makes inquiries and conducts checks on the general ledger and supporting documents throughout the course of an audit. The auditor demands that management consider changing journal entries if any mistakes are caught during the checking. In addition, if the audit is well prepared and carefully conducted, audit risk would be minimal. The auditors typically follow a risk-based approach when carrying out the audit work. After any corrections have been posted at the end of an audit, the auditor gives a written opinion as to whether the financial statements are free of material misrepresentations. Auditing firms raise malpractice insurance to manage audit risk and potential criminal liability. 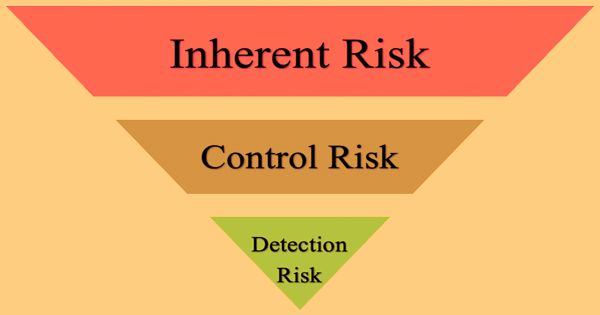 Here is the formula:

The sign ‘x’ in the formula doesn’t mean multiplication. It refers to the relationship between the three audit risk components.

Inherent Risk: The inherent risk is the risk that before contemplating any internal control method, financial statements could include material mistakes. It is known to be the first of the components of audit risk in which the risk is inherited from the business of the client. Sometimes, that nature of commercial enterprise may want to link to the complexity of economic transactions and require excessive involvement with judgment. The risk is generally high if the transaction or even involve tremendously with human judgment. For example, the exposure in the complex derivative instrument.

In addition, auditors cannot modify or impact inherent risk; therefore, ticking it as high, moderate, or low and conducting further audit procedures to decrease the level of audit risk is the only way to deal with inherent risk.

Control Risks: Control risk or internal control risk is the risk that no substantial mistake or misrepresentation in the financial statements may be detected or fail to be covered by current internal control. It is the second component of audit risk, where auditors typically analyze the internal control structure that the client has in place by reviewing it. If auditors consider that the client’s inside control can decrease the risk of material misstatement, they will investigate the manipulate danger as low and operate the take a look at of controls to acquire proof to assist their assessment.

These risk assessments allowed auditors to understand not only the essence of the business but also the practices of internal control linked to financial reporting. The control risk can also be ticked as high by auditors because they conclude that conducting the information test is more efficient than relying on internal control. Similar to inherent risk, auditors cannot have an impact on manipulating risk; hence, if the manage chance is high, auditors may want to operate extra considerable works, e.g. check on a higher sample, to minimize the audit risk.

Detection Risk: Risk detection is the risk that the auditor will not find a material error in the financial statements and then give the audited financial statements an incorrect opinion. An auditor, for instance, has to conduct a physical inventory count and compare the results to the accounting documents. This work is carried out to prove the existence of inventory. If the auditor’s test sample for the stock matter is insufficient to extrapolate out to the complete inventory, the detection hazard is higher.

Auditors can affect the level of detection risk, unlike inherent risk and control risk. For example, auditors need to reduce the degree of detection risk if the risk of information misrepresentation is high.

The audit risk formula may also be in the form of a risk of material misrepresentation and risk identification. This is due to the probability that the mixture of inherent risk and control risk is a material misstatement.

In order to ensure that all potential risks of misstatements that could exist in the financial statements are established, the auditor must conduct risk assessments. Since the inherent risk and control risk are beyond control, only the level of detection risk can be adjusted by the auditor. At the time of preparation of the audit plan, the auditor should also evaluate audit risks.