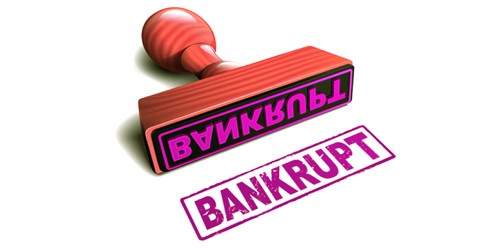 A bankrupt is a debtor who is unable to pay his creditors in full. The definition of the bankrupt is having been legally determined to be unable to pay all debts. He has been adjudged a bankrupt by a court and has given the whole of his estate to the official assignee to be realized, as far as possible for payment of his debt. It is a situation when a person judged by a court to be insolvent, whose property is taken and disposed of for the benefit of their creditors. An example of a bankrupt is the status of a business that failed and has no remaining assets. A bankrupt nation might not have the natural resources for its people to produce goods. That nation might fear that helping another will bankrupt its own shaky economy.

Bankruptcy is a legal life line for people drowning in debt. When an organization is unable to honor its financial obligations or make payment to its creditors, it files for bankruptcy. In most jurisdictions, bankruptcy is imposed by court order, often initiated by the debtor. Consumers and businesses petition courts to release them from liability for their debts. If you can prove that you are entitled to it, the bankruptcy court will protect you during your bankruptcy proceeding. Bankrupt is not the only legal status that an insolvent person may have, and the term bankruptcy is therefore not a synonym for insolvency.