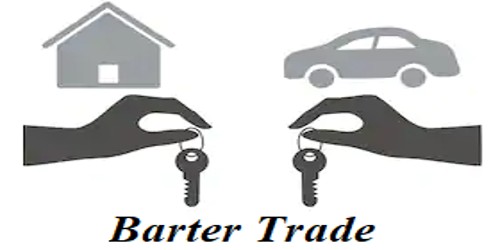 A barter system is an old method of exchange. Trade between persons, organizations or countries that occurred on the basis of exchange of one commodity by another, is called barter trade. This system has been used for centuries and long before money was invented. In most developed countries, barter usually only exists parallel to monetary systems to a very limited extent. Companies involved in bartering understand the benefits of exchanging goods or services — no capital loss and a chance to increase the turnover.

Bartering doesn’t involve money which is one of the advantages. Barter is an option for those who cannot afford to store their small supply of wealth in money, especially in hyperinflation situations where money devalues quickly. Another advantage is that there is flexibility in bartering. You can buy items by exchanging an item you have but no longer want or need it. Homes can now be exchanged when people are traveling, which can save both parties money. The limitations of barter are often explained in terms of its inefficiencies in facilitating exchange in comparison to money. Generally, trading in this manner is done through Online auctions and swap markets. With bartering two parties can get something they want or need from each other without having to spend any money.