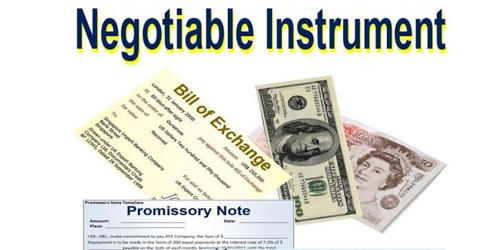 A bearer instrument refers to an instrument that is payable to anyone possessing the instrument and is negotiable by transfer alone. It is a document that entitles the holder of the document rights of ownership or title to the underlying property, such as shares or bonds. It is a type of fixed-income security in which no ownership information is recorded and the security is issued in physical form to the purchaser. Unlike normally registered instruments, no record is kept of who owns bearer instruments or of transactions involving the transfer of ownership, enabling the owner, as well as a purchaser, to deal with the property anonymously. The holder is presumed to be the owner, and whoever is in possession of the physical bond is entitled to the coupon payments. Whoever physically holds the bearer document is assumed to be the owner of the property, and the rights arising therefrom, such as dividends. For example, shares and bonds are bearer instruments.

Bearer instruments can be employed in certain jurisdictions to avoid transfer taxes, in spite of the fact that taxes may be charged when bearer instruments are issued. Physically possessing a bearer share accords ownership of the corporation, which in turn owns the asset. There is no requirement for reporting the transfer of bearer shares, and not every jurisdiction requires that their serial numbers even be recorded. It is a negotiable instrument that is payable to “bearer” or to “cash” or to “the order of cash,” that is, not naming a payee, is a bearer instrument, and is called “bearer” paper.