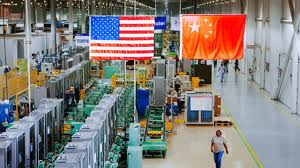 The Foreign direct investment is of growing importance to global economic growth. This is especially important for developing and emerging market countries.FDI is a major source of external finance which means that countries with limited amounts of capital can receive finance beyond national borders from wealthier countries.

The developed world also receives its fair share of cross-border investment, but of a different nature. Most of this was mergers and acquisitions between mature companies. These already-global corporations are engaged in restructuring or refocusing on core businesses.

Though this aspect was debated hotly in the 1990s when foreign businesses started to expand, technology transfer does take place. The point to be noted here is that technology transfer takes place more in joint ventures rather than subsidiaries as the local partners get the exposure in the former. This is one reason why many patent intensive multinationals set up subsidiaries instead of joint ventures.

While many debate the aspect of creating jobs by foreign businesses in the developing countries, one has to accept that foreign investment does create jobs both directly and indirectly. For instance, the direct employment generated by the foreign businesses supports the ecosystem around the factories and the plants wherein those employed by the foreign business live. This is because these employees need to eat, commute, and live apart from their working hours, which means that they need sustenance from local businesses that cater to them and their families.

This article has primarily focused on the benefits of foreign investment to the developing countries. However, there are downsides as well and these would be discussed in subsequent articles. In conclusion, foreign investment benefits developing countries if the terms and conditions are favorable or even balanced between them and the foreign businesses.