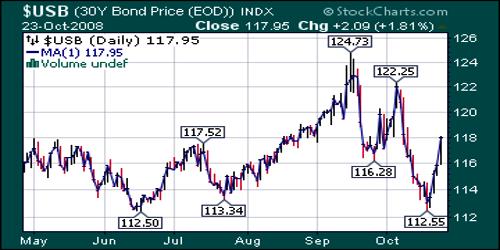 Circuit breakers are pre-defined values in percentage terms, which trigger an automatic check when there is a runaway move in any security or index on either direction. The values are calculated from the previous closing level of the security or the index. It is a  is a trading halt or suspension in a stock market when the prescribed threshold is reached. It is usually bench-marked against the main index of the stock market.

Circuit breaker is applied aiming at controlling the movement of share prices and thereby curbing unhealthy volatility. Since unusual and abnormal price fluctuation of the securities may severely affect investor’s interest, CSE as an additional measure of safety, imposes price limit on all categories of securities (‘A’, ‘B’, ‘G’, ‘N’ & ‘Z’) as per the fallowing guidelines A Committee named Share Price Movement Regulating Committee comprised of CSE Secretariat is responsible to regulate the price limit in the market.

Example: In USA, Circuit breakers are measures approved by the SEC to curb panic-selling on U.S. stock exchanges and excessive volatility – large price swings in either direction – in individual securities. Also known as “collars,” circuit breakers temporarily halt trading on an exchange or in individual securities when prices hit pre-defined tripwires, such as a 13% intraday drop for the S&P 500, or a 15% rise in a company’s share price over five minutes.

In the case of China, for example, the circuit breaker is benchmarked against the CSI 300 index, which is composed of the largest 300 stocks listed in the Shanghai and Shenzhen stock exchanges.

Some of the popular ones are:

1. Halting of trade in a security or index for a certain period

2. Halting of trade in a security or index for the entire trading day.

In case of the first option, trading in the security is halted for a few minutes to few hours to allow trading activity to cool down among the market participants. This time period also allows market participants to absorb any sudden news development in a particular security or a set of securities and, thereafter, take a rational and measured approach towards the security during the rest of the trading session.

If the volatility or big moves are still not controlled when trading resumes after a temporary halt, then the second option is invoked and trading is halted for the entire day.

1. The first downside of circuit breakers is that they prevent true price discovery in a stock both on its way up or down, at least for the limited time period they are imposed.

2. Secondly, they allow early investors (usually well-informed institutions or algo traders) to gain advantage and make a move before circuit breakers are eventually invoked, thereby restricting the moves of other investors, who make a move a little later in the day (usually retail investors).