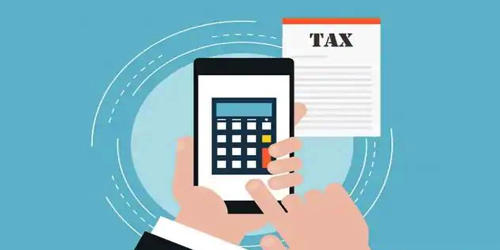 A financial transaction tax is a levy on a specific type of financial transaction for a particular purpose. FTTs are levied on the trade-in financial instruments such as stocks, bonds, or derivatives. The concept has been most commonly associated with the financial sector; it is not usually considered to include consumption taxes paid by consumers. Under an FTT, a percentage of the asset’s value is paid in taxes when it is traded. For example, if an investor sells an asset worth $1,000, they would be charged $1 on the transaction under a 0.1 percent FTT.

A transaction tax is not a levy on financial institutions per se; rather, it is charged only on the specific transactions that are designated as taxable. FTTs usually apply only to select financial instruments and often have varying tax rates depending on the asset type. So if an institution never carries out the taxable transaction, then it will never be subject to the transaction tax. Furthermore, if an institution carries out only one such transaction, then it will only be taxed for that one transaction. An FTT would raise both explicit and implicit transaction costs, decreasing trading volume, and lowering asset prices. As such, this tax is neither a financial activities tax (FAT), nor a Financial stability contribution (FSC), or “bank tax”, for example. Depending on the design of the tax, derivatives could potentially be substituted for their underlying securities to avoid the tax, reducing the revenue the tax raises. An FTT would increase the cost of capital, reducing both owners’ returns to capital and workers’ returns to labor. As a result, the level of GDP would be reduced under an FTT.

This clarification is important in discussions about using a financial transaction tax as a tool to selectively discourage excessive speculation without discouraging any other activity (as John Maynard Keynes originally envisioned it in 1936). Since the 2008 financial crisis, financial transaction taxes (FTTs) have been debated as a potential instrument to address financial market instabilities and as a source for tax revenue. Most proposed FTTs would apply to trades at what appears to be very low rates, such as 0.5 percent, 0.1 percent, or much less.

There are several types of financial transaction taxes. Each has its own purpose. Some have been implemented, while some are only proposals. The FTT’s differ significantly across countries. For example, Switzerland levies a 0.15-0.30 percent stamp duty on the transfer of equities and bonds involving a Swiss securities dealer, while France implemented an FTT that taxes equity trades at 0.3 percent and high-frequency-trading at 0.01 percent. Concepts are found in various organizations and regions around the world. Some are domestic and meant to be used within one nation; whereas some are multinational. Ten EU countries, including France, Germany, Italy, and Spain, are still interested in the common tax, and negotiations on the design of that tax are ongoing.