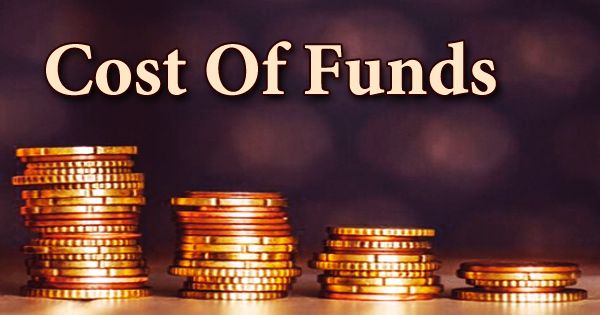 For example, if $25,000 were to be borrowed for five years at 6 percent, the formula would look like that:

By taking the original principal amount ($25,000) and adding the total interest amount ($7,500), you will find the total amount of the loan. The actual cost of the credit is the resulting figure ($32,500). It is best to consult a financial advisor when working with compound interest estimates to ensure the statistics are accurate.

The cost of funding for lenders, such as banks and credit unions, is measured by the interest rate charged on financial products to depositors, including savings accounts and time deposits. While the term is mostly used with respect to financial institutions, the cost of funds when investing also has a major effect on most companies. When completed, a cost-benefit analysis may provide empirical results that can be used to draw fair conclusions about a decision or circumstance’s feasibility and/or advisability.

Fund sources that cost money to banks fall into many groups. Deposits are a primary source (often referred to as core deposits), usually in the form of checking or savings accounts, which are generally made at low rates. The cost of the funds is determined for lenders, such as banks and credit unions, by the interest rate on investment products charged to depositors, including savings accounts and time deposits. Although the term is often used in reference to financial institutions, most enterprises are also highly affected by the cost of funds when investing.