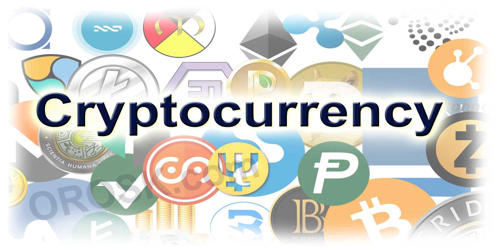 A cryptocurrency is a form of payment that can be exchanged online for goods and services. It is a digital currency in which encryption techniques are used to regulate the generation of units of currency and verify the transfer of funds, operating independently of a central bank. It is a currency associated with the internet that uses cryptography, the process of converting legible information into an almost uncrackable code, to track purchases and transfers. It is a digital asset designed to work as a medium of exchange wherein individual coin ownership records are stored in a digital ledger or computerized database using strong cryptography to secure transaction record entries, to control the creation of additional digital coin records, and to verify the transfer of coin ownership. It is an internet-based medium of exchange which uses cryptographical functions to conduct financial transactions.

Cryptocurrencies use decentralized technology to let users make secure payments and store money without the need to use their name or go through a bank. It typically does not exist in physical form (like paper money) and is typically not issued by a central authority. Some cryptocurrencies use decentralized control as opposed to centralized digital currency and central banking systems. A defining feature of cryptocurrencies is that they are generally not issued by any central authority, rendering them theoretically immune to government interference or manipulation. When a cryptocurrency is minted or created prior to issuance or held on a centralized exchange, it is generally considered centralized. Cryptocurrencies face criticism for a number of reasons, including their use for illegal activities, exchange rate volatility, and vulnerabilities of the infrastructure underlying them.

Bitcoin, first released as open-source software in 2009, is the first decentralized cryptocurrency. Since the release of bitcoin, over 6,000 altcoins (alternative variants of bitcoin) have been created. Although there are hundreds of cryptocurrencies in active use today, Bitcoin is by far the most popular and widely used – the closest cryptocurrency equivalent to traditional, state-minted currencies. It can be used to purchase goods from an ever-growing roster of merchants that accept Bitcoin payments.