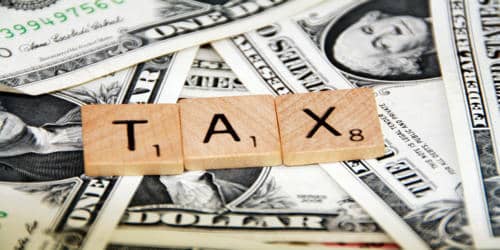 The Currency Transaction Tax (CTT) is a proposed worldwide tax on all currency traded across national borders. A currency transaction tax is a tax placed on the use of currency for various types of transactions. It is one of the new mechanisms being considered by governments, international institutions, and others to raise large amounts of independent, global, and stable monies. It is gaining popularity among governments looking for ways to pay for international development and projects addressing global issues such as public health and climate change.

Currency transaction tax (CTT) is a type of tax levied on a certain type of currency transaction that is intended for a unique purpose. The price at which one currency can be exchanged for another is not constant but varies in response to changes in inflation, interest rates, unemployment, and other economic factors. CTT is a percentage tax on individual foreign exchange transactions, assessed on dealers in the foreign exchange market, and collected by financial clearing or settlement systems. The tax is associated with the financial sector and is a type of financial transaction tax, as opposed to a consumption tax paid by consumers, though the tax may be passed on by the financial institution to the customer. It is also influenced by other factors, such as speculation and market psychology, which affect the supply and demand for a currency. Further CTT is a financial instrument for governments seeking to raise large amounts of global, independent, and stable funds.

Financial instability is one of the most serious problems currently confronting the world. Currency instability is by far the most pernicious form of financial volatility because of the severity of its impact. While excessive volatility in the stock or the bond markets is harmful, the damage is limited to certain sectors of an economy and the people associated with those sectors. The new revenues are to be used to finance international development and other projects addressing global issues, such as public health. These funds are needed for international development and projects addressing global issues such as public health and climate change. A very low rate used in normal market conditions that would generate substantial revenues for international development and a very high rate employed at times of exceptional volatility to prevent financial shocks and create greater economic stability. Instability in the currency markets, on the other hand, affects all aspects of the economy and can have disastrous effects on millions of people.