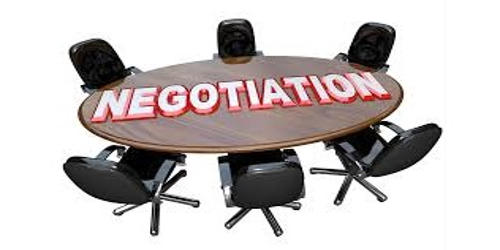 Debt Negotiation is also called debt reduction, or debt resolution. Debt Negotiation involves offering a lump-sum payment to a creditor in exchange for a portion of your debt being forgiven. These settlements are negotiated with the debtor’s unsecured creditors. It can help some people get out of debt at a cost that is less than what they owe. Commonly, creditors agree to forgive a large part of the debt: perhaps around half, though results can vary widely. It is a way of simplifying your finances and reducing the amount of interest you’re paying on loans and credit cards.

When settlements are finalized, the terms are put in writing. It is common that the debtor makes one lump-sum payment in exchange for the creditor agreeing that the debt is now canceled and the matter closed. To successfully negotiate a debt settlement plan, it is important to stop minimum monthly payments on that debt, which will incur late fees and interest and damage your credit score. Some settlements are paid out over a number of months. Typical debt settlement offers range from 10% to 50% of what you owe. In either case, as long as the debtor does what is agreed in the negotiation, no outstanding debt will appear on the former debtor’s credit report. The longer you allow debt to go unpaid, the greater your risk of being sued.

Debt Negotiation is an agreement between a lender and a borrower for a large, one-time payment toward an existing balance in return for the forgiveness of the remaining debt. It is the process of negotiating with creditors to reduce overall debts in exchange for a lump-sum payment. It is the process of resolving delinquent debt for far less than the amount you owe by promising the lender a substantial lump-sum payment. A successful settlement occurs when the creditor agrees to forgive a percentage of the total account balance. Depending on the situation, debt settlement offers might range from 10% to 50% of what you owe.

Normally, only unsecured debts, not secured by real assets like homes or autos, can be settled. Be careful of debt professionals who claim to be able to negotiate a better deal than you. Unsecured debts include medical bills and credit card debt; but not public student loans, auto financing, or mortgages. If you negotiate yourself, speak with a manager in the debt settlement department and start by offering 30% of your outstanding balance. For the debtor, the settlement makes obvious sense: they avoid the stigma and intrusive court-mandated controls of bankruptcy while still lowering their debt balances, sometimes by more than 50%. It’s a service that’s typically offered by third-party companies that claim to reduce your debt by negotiating a settlement with your creditor. For the creditor, they regain the trust that the borrower intends to pay back what he can of the loans and not file for bankruptcy. It could even end up damaging your credit.