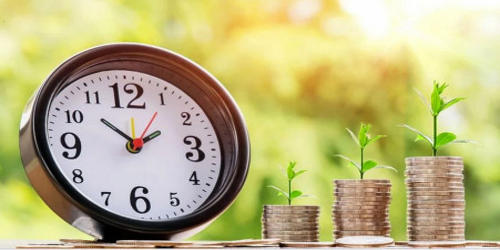 Debt relief or debt cancellation is the partial or total remission of debts, especially those owed by developing countries to external creditors. It is the partial or total forgiveness of debt, or the slowing or stopping of debt growth, owed by individuals, corporations, or nations. It is the reorganization of debt in any shape or form so as to provide the indebted party with a measure of respite, either fully or partially.

Debt relief refers to measures to reduce or refinance debt in order to make it easier for the borrower to repay it. In real estate, it occurs most frequently when a mortgage lender agrees to accept a deed to the property rather than go through a foreclosure, and further agrees to accept the property as full payment for the loan, even though it is not worth the full amount of the loan. Options for debt relief may entail forgiving a portion of the debt’s principal, lowering the interest rate, or consolidating several debts into a single lower-interest loan.

Debt relief refers to measures to reduce or refinance debt in order to make it easier for the borrower to repay it. It is a situation in which part of a debt is written off or the amount owed is reduced. The possible drawbacks of debt relief are that it could encourage imprudent and reckless behavior by historically fiscally irresponsible parties. Some who are relieved of their debt may embark on borrowing sprees in the expectation that their creditors will eventually bail them out. Consumers, firms, and even nations may all seek debt relief in times of need in order to avoid bankruptcy. The main impact of the cancellation of debt is the legal requirement to pay taxes on the amount that has been forgiven, as the Internal Revenue Service (IRS) counts this canceled amount as income.

Debt relief is a reduction in the amount of debt that a country has to pay. From antiquity through the 19th century, it refers to domestic debts, in particular, agricultural debts and freeing of debt slaves. As the debt relief initiatives have matured, the international community has focused on strengthening the links between debt relief and poverty-reduction efforts. In the late 20th century, it came to refer primarily to Third World debt, which started exploding with the Latin American debt crisis (Mexico 1982, etc.). Beyond debt relief, long-term debt sustainability requires efforts by borrowers, lenders, and donors to promote prudent borrowing, suitably concessional finance, sustained economic growth, diversified exports, and greater access to markets in developed countries. In the early 21st century, it is of increased applicability to individuals in developed countries, due to credit bubbles and housing bubbles.