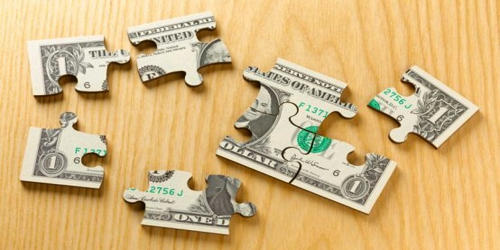 Debt Restructuring is the process in which a debtor and creditor agree on an amount that the borrower can payback. It is a process used by companies facing cash flow problems or financial distress to avoid the risk of default. It is a process that allows a private or public company or a sovereign entity facing cash flow problems and financial distress to reduce and renegotiate its delinquent debts to improve or restore liquidity so that it can continue its operations. It is a process used by companies to avoid the risk of default on existing debt or to take advantage of lower available interest rates. This occurs when creditors agree to cancel a portion or all of their outstanding debts in exchange for equity in the company.

Debt restructuring involves a reduction of debt and an extension of payment terms and is usually less expensive than bankruptcy. It is typically carried out by reducing the interest rates on loans, by extending the dates when the company’s liabilities are due to be paid, or both. The main costs associated with debt restructuring are the time and effort spent negotiating with bankers, creditors, vendors, and tax authorities.

A company that is considering debt restructuring is likely experiencing financial difficulties that cannot be easily resolved. In the United States, small business bankruptcy filings cost at least $50,000 in legal and court fees, and filing costs in excess of $100,000 are common. Restructuring existing debts is obviously preferable and more cost-effective in the long term, as opposed to filing for bankruptcy.

Historically, debt restructuring has been the province of large corporations with financial wherewithal. It usually involves direct negotiations between a company and its creditors. The restructuring can be initiated by the company or, in some cases, be enforced by its creditors. In the Great Recession that began with the financial crisis of 2007–08, a component of debt restructuring called debt mediation emerged for small businesses (with revenues under $5 million). It is distinct from debt refinancing. The former requires debt reduction and an extension to the repayment plan. Like debt restructuring, debt mediation is a business-to-business activity and should not be considered the same as individual debt reduction involving credit cards, unpaid taxes, and defaulted mortgages. It can also involve a bond haircut where the company may negotiate to write off a certain portions of interest or capital.