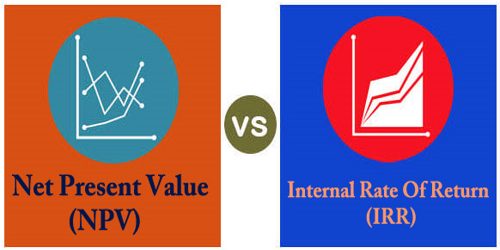 Difference Between Net Present Value And Internal Rate Of Return

Net present value (NPV) is an investment measure that tells an investor whether the investment is achieving a target yield at a given initial investment. NPV also quantifies the adjustment to the initial investment needed to achieve the target yield assuming everything else remains the same. Formally, the net present value is simply the summation of cash flows (C) for each period (n) in the holding period (N), discounted at the investor’s required rate of return (r): 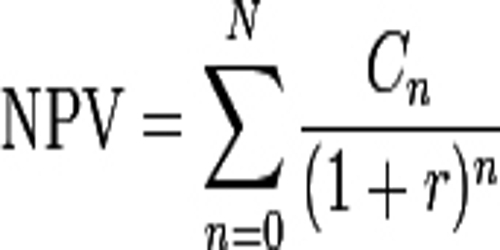 NPV shows the actual benefit received over and above from the investment made in the particular project for the time and risk. Here, one rule of thumb is followed, accept the project with positive NPV, and reject the project with negative NPV. However, if the NPV is zero, then that will be a situation of indifference i.e. the total cost and profits of either option will be equal. The calculation of NPV can be done in the following way:

In this method, the cash inflows and outflows are given. The calculation of the discount rate, i.e. IRR, is to be made by trial and error method.

IRR is also another term people use for interest. Ultimately, IRR gives an investor the means to compare alternative investments based on their yield. Mathematically, the IRR can be found by setting the above NPV equation equal to zero (0) and solving for the rate of return (IRR). 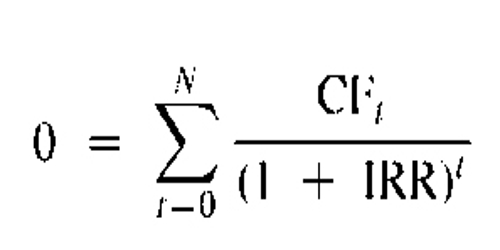 Difference between NPV and IRR –

The basic differences between NPV and IRR are presented below:

Both IRR and NPV can be used to determine how desirable a project will be and whether it will add value to the company. While one uses a percentage, the other is expressed as a dollar figure. While some prefer using IRR as a measure of capital budgeting, it does come with problems because it doesn’t take into account changing factors such as different discount rates. In these cases, using the net present value would be more beneficial.

Net Present Value and Internal Rate of Return both are the methods of discounted cash flows, in this way we can say that both consider the time value of money. Similarly, the two methods, considers all cash flows over the life of the project.

During the computation of Net Present Value, the discount rate is assumed to be known, and it remains constant. But, while calculating IRR, the NPV fixed at ‘0’, and the rate which fulfills such a condition is known as IRR.