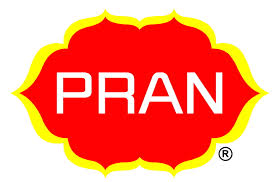 PRAN group is a well known brand in Bangladesh. This term paper is on “Financial System of PRAN group.” This report gives an idea about financial performance, marketing process and idea about customer service, profit and performance. The objective of this report is to analyze and focus on the overall financial operation of this group. This report aims to providing financial performance evaluation of PRAN group. Here, all sorts of ratio analysis have been executed, in order to analyze how efficient, liquid and desirables the company is in terms of its finance. I prefer it work with relative data rather than absolute one. Relative data normalize each balance relative to its relevant variable. Thus it gives better insight about the change incurred in the equity. This report also deals with some findings, recommendations which are draw for analyzing whole report.

As a leading company of Bangladesh, PRAN contributes in the business with promising future. I can hope that PRAN group can spread their business with increasing various scheme and other utility services. Finally, I have shown some findings from the qualitative and quantitative analysis of PRAN group. Then I concluded my report saying some recommendations and justifications which may help PRAN group to improve its current position.

In modern era business is very much complex because of even changing customer choice, preference, taste etc and for the technological and high competition. As globalization, the competition is spread over the world. So every organization should be maintaining international standard. Every company or firm wants to make their loyal customer group. Each firm would like to gain maximum profit through consumer’s satisfaction. Today each company has to face so much competition. To perform all marketing tasks marketer   faces two types of environment, one is macro or external and another is micro or internal environment.

Importance of the Study:

We know PRAN Group is a well known brand within Bangladesh. PRAN is a concept or a way to fight poverty and hunger in Bangladesh in the shortest possible time through employment generation. PRAN signifies investment in agro processing, creating demands for farm produce, which create jobs in rural areas also preventing urban migration. PRAN’s aim is to add value to agricultural produce. PRAN is in testimony to our convictions. It stands for: “PROGRAMME FOR RURAL ADVANCEMENT NATIONALLY.”
We do not see why we should remain poor given the gifts endowed by nature such as fertile soil, water, year round growing season, a river system for easy and cheap transportation and a hard working people who are farmers by tradition.
Bangladesh comparative advantage lies in creating a competitive edge in value added agricultural products. PRAN’s journey started in 1981. Today they have major investments in several corporate. They are the largest processors of fruits and vegetables in Bangladesh and fast moving into milk, confectionery, tee, aromatic & fine rice, peanuts, pulses, mustard & spices to name a few.

PRAN encourages contract farmers and helps them grow quality crops with increased yields and to obtain fair prices. In the stock market their performance has been just as rewarding with both PRAN Group publicly listed companies, Agricultural Marketing Co Ltd & Manipur Foundry Ltd achieving blue chip status. Supporting PRAN is helping the Bangladeshi farmer and indeed Bangladesh economy. Success of PRAN group is our success. Investing in PRAN is investing in our and Bangladesh future.

The broad objectives of this study are to find out financial system of PRAN­ group.

The specific objectives of this study are show below:

Specially, the above objectives of this study are to know the way by which we can take best decision regarding its product, price, distribution, and promotional activities with the Marketing and Financial environment.

Methodology of the Study:

The population sampled for the study was limited to the PRAN Group where we were assigned to perform the study.

Data collections: In order to conduct the report, I have collected necessary information from two sources

•         Face to face conversation with the respective officers of PRAN Group

The report is descriptive in nature. The study covers only various functional areas of Human resource Department. No attempt is to perform detailed analysis effectiveness of the department. The findings are strictly based on the information provided by respective personnel. The concentration is on the presentation of the facts as discovered.

Limitations of the Study

Term Paper program is a one kind of procedural program. There are involved various factors such as time/cost/information etc. So I have to face some problem to working this study. Mainly I have faced few problem these so much important of my study. The companies officer are not provided sufficient current information such as information on company existing market share, industries demands, sales volume of competitors, accurate financial statement, cash in flow statement, rough behaviors of some employees etc. When I have survey sample wholesalers, retailers and customers then they have not cooperation with me.

After also I have some personal limitations such as money problem, time problem, lack of available previous research materials due to insufficient knowledge about this research fields through above limitation are exist. I have tried my best to overcome these limitations in this study.

Overview of the Organization:

PRAN is currently the most well known household name among the millions of people in Bangladesh and abroad also. Since its inception in 1981, PRAN group has grown up stature and became the largest fruit and vegetable processor in Bangladesh. It has also the distinction of achieving prestigious certificate like ISO 9001:2000, and being the largest exporter of processed agro products with compliance of HALAL & HACCP to more than 70 countries from Bangladesh.
On retirement from Bangladesh Army in the year 1981, Major General Mr. Amjad Khan Chowdhury got involved with industrial entrepreneurship by assisting agriculture which covered manufacturing of tube well cast iron products, irrigation implements. He started Agricultural Marketing Company from 1985 based by commercial production and marketing of chinigura aromatic rice; collecting mango, pineapple, litchi and other fruits from the farmers. This company played significant role by gradual cultivation of mush rooms, tomato and various spices and subsequent exports to foreign markets. This group met success by marketing of olive and other indigenous fruits after collection, processing and preservation. In recent times PRAN group performed production and marketing by establishment of dairy, bakery and growing of various kinds of pulses, tea leaves. This group’s products are being exported to about 70 countries of the world including Middle East and Africa. In last two and half decades, more than 9000 workers have been employed in PRAN Group. Indirectly this group is devoted in upkeep of about more 40,000 families. In the year 2007, export earning stood at Tk.100 Cr. from Drinks, Snacks, Tomato products, Tea and Rice produced by PRAN Group. Today PRAN Group produces more 25 types of light industrial and plastic products including 170 food products. This group is on the top in the export of goods out of agricultural process. PRAN is life literally. The mission of PRAN group is to generate employment and earns dignity & self respect for our compatriots through profitable enterprises.

Vision: outlines what the organization wants to be, or how it wants the world in which it operates to be (an “idealized” view of the world). It is a long-term view and concentrates on the future. It can be emotiveand is a source of inspiration. For example, a charity working with the poor might have a vision statement which reads “A World without Poverty.”

The Cash Conversion Cycle (CCC) measures how long a firm will be deprived of cash if it increases its investment in resources in order to expand customer sales. It is thus a measure of the liquidity risk entailed by growth. However, shortening the CCC creates its own risks: while a firm could even achieve a negative CCC by collecting from customers before paying suppliers, a policy of strict collections and lax payments is not always sustainable.

The length of time between the purchase of raw materials and the collection of account receivable generated in the sale of the final product.  It is also called cash conversion cycle.

The average time between purchasing or acquiring inventory and receiving cash proceeds from its sale.

Inventory Period: This consists of as follows:

Total units (sales) for the last eight years are given below:

PRAN is one of the most popular brands in Bangladesh as well as in international market recently. Now the firm is facing various types of financial & marketing problems. In this paper some suggestions and recommendations have been given so that the firm can overcome those problems. I believe that the management of PRAN group is more experience as well as they are also thinking about those problems. I think management should be took care this problem.

So, through the observation of the activities and information collected from the interview of participant such as wholesalers, retailers, customers it can be said that this firm is being profitable conduct becomes the firm is not to strong on counter remarkable competition, workers dissatisfaction, and for sufficient demand in comparison with the manufactured goods. But the firm is not being able to perform its financial activities with efficiency. In this condition continues the firm will be endangered and undergo less in the long run. But it is possible to expand this firm to a greater extant, if it can make use of its present opportunities and facilities properly and it will be possible for it to earn more profit than it is earning now. Therefore, the firm will have to give importance to perform the financial activities efficiently.

I think the following suggestion and recommendation ate seen feasible for the improvement of the existing PRAN Group. These are given in below:

The firm should ensure quality of PRAN product according to the consumer need and expectations. Quality of a product is of attributes that the consumer expects in a particular product. So quality should be select from consumer viewpoint.

The Company will make as ‘economic and quality product’ for large market share.