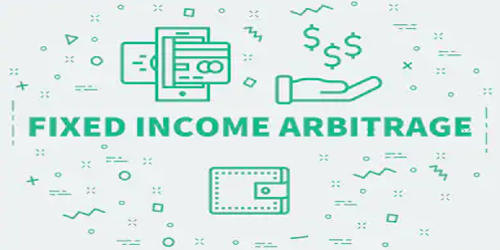 Fixed-income arbitrage requires fast trading and extensive investment experience. Most arbitrageurs who employ this strategy trade globally. It is designed to provide investors with a fixed return for an agreed period of time. It is a market-neutral strategy, meaning that it is designed to profit regardless of whether the overall bond market will trend higher or lower in the future. A common example of a fixed-income arbitrage strategy that does not fit the mold of a pure arbitrage is swap-spread arbitrage.

In pursuit of their goal of both steady returns and low volatility, the arbitrageurs can focus upon interest rate swaps, US non-US government bond arbitrage, US Treasury securities, forward yield curves, and/or mortgage-backed securities. Fixed income securities tend to be issued by banks, governments, and global corporations that need to raise money for extended periods of time. This is primarily used by hedge funds and investment banks. The most common fixed-income arbitrage strategy is swap-spread arbitrage. This consists of taking opposing long and short positions in a swap and a Treasury bond.

The practice of fixed-income arbitrage, in general, has been compared to “picking up nickels in front of a steamroller”. This kind of arbitrage can be risky unless the issues are extremely similar. Due to the nature of buying security and reselling it, there’s a risk that its price may decrease and a loss may occur. That’s because this arbitrage typically provides relatively small returns, but can potentially lead to huge losses. However, despite this notion, some research has shown that consistent excess returns may be earned with this approach, and as more hedge fund capital is allocated towards these strategies, excess returns will begin to diminish. Such strategies provide relatively small returns and, in some cases, huge losses. Another risk is that an issuer is unable to maintain its fixed payments, or is unable to repay the investment in full at the end of the term.