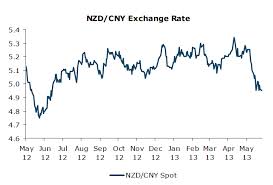 What is Foreign Exchange Activity?

Foreign Exchange is a process which is converted one national currency into another and transferred money from one country to another country.

According to Mr. H. E. Evitt. Foreign Exchange is that section of economic science which deals with the means and method by which right to wealth in one country’s currency are converted into rights to wealth in terms of another country’s currency. It involved the investigation of the method by which the currency of one country is exchanged for that of another, the causes which rented such exchange necessary the forms which exchange may take and the ratio or equivalent values at which such exchanges are effected. Foreign exchange is the rate of exchange in the both country’s currency.

International trade refers to trade between the residents of two different countries.
Each country functions as a sovereign State with its set of regulations and currency. The difference in the national of the exporter and the importer presents certain peculiar problems in the conduct of international trade and settlement of the transactions arising there from. Important among such problems are:

(b)   Restrictions imposed by countries on import and export of goods