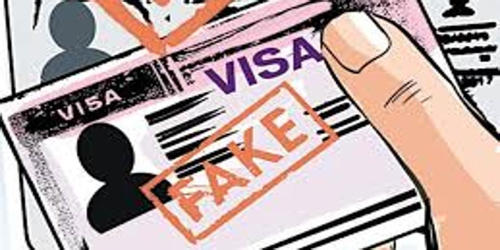 Forgery is an illegal copy of a document, painting, etc. or the crime of making such illegal copies. It is the fraudulent making or altering of a written or printed document to the prejudice of another man’s right. It involves a false document, signature, or other imitation of an object of value used with the intent to deceive another. It is the action of forging a copy or imitation of a document, signature, banknote, or work of art. It is one of the techniques of fraud, including identity theft. Forgery is one of the threats addressed by security engineering. This is done with the intention of deceiving anybody to that person’s detriment. It is the act of making a false signature, a copy of a painting, or of other documents. An example of forgery is a copied version of a Picasso that someone tries to pretend is real. Those who commit forgery are often charged with the crime of fraud. The most common form of forgery is signing someone else’s name to a check.

It is a white-collar crime that generally refers to the false making or material alteration of a legal instrument with the specific intent to defraud anyone. However, the crime of forgery generally refers to the making of a fake document, the modification of an existing document, or the unauthorized signing of a signature without authorization. Documents that can be the object of forgery include contracts, identification cards, and legal certificates. Legal contracts, historical papers, art objects, diplomas, licenses, certificates, and identification cards can be forged. For example, it can involve photocopying a person’s signature and then artificially placing it on a document without their knowledge or consent.

Forged documents can have serious and far-reaching negative consequences on businesses, individuals, and political entities. This is why forgery is punished harshly. The penalty for forgery, counterfeiting or, altering documents and instruments often varies according to the type of document altered, with important government documents at the top of the penalty list. If you are charged with forgery, consider consulting a local criminal defense attorney as early as possible in your case.