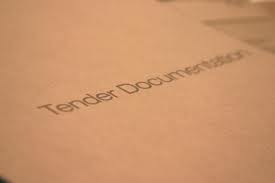 Guidance Notes on the Use of the Standard Tender Document

These guidance notes have been prepared by the CPTU to assist a Procuring Entity in the preparation, using this Standard Tender Document (STD), for the procurement of Works and Physical services having estimated cost up to Tk 20 million. The Procuring Entity should also refer to the Public Procurement Act 2006 (Act No 24 of 2006) and the Public Procurement Rules, 2008, issued to supplement the Act available on CPTU’s website: http://www.cptu.gov.bd/. All concerned are advised to refer to the aforementioned Act and Rules while participating in any Tendering process.

The use of STD (PW2) applies when a Procuring Entity intends to select a Tenderer (a Contractor) for the Procurement of Works and physical services under Limited Tendering Method (LTM) and Open Tendering Method (OTM) while the contract award is being determined on the basis of lowest evaluated responsive Tender.

STD (PW2) is intended as a model for admeasurements contracts (unit prices or unit rates in a Bill of Quantities) and the main text refers to admeasurements Contracts.

Guidance notes in brackets and italics are provided for both the Procuring Entity and the Tenderer and as such the Procuring Entity should carefully decide what notes need to remain and what other guidance notes might be required to assist the Tenderer in preparing its Tender Submission; so as to minimise the inept Tendering Process. The Invitation for Tenders (IFT) is provided in this Tender Document for information only.

STD (PW2) has 9 Sections, of which Section 1: Instruction to Tenderer and Section 3: General Conditions of Contract must not be altered or modified under any circumstances.

The following briefly describes the Sections of STD (PW2) and how a Procuring Entity should use these when preparing a particular Tender Document.

The Procuring Entity shall specify in the TDS only the information that the ITT instructs to be specified in the TDS. To facilitate the preparation of the TDS, its Clause Numbers are numbered with the same numbers of   the corresponding ITT Clauses.

This Section provides the General Conditions of Contract that will apply to the Contract for which the Tender document is issued.

This Section provides clauses specific to the particular Contract that modify or supplement Section 3: General Conditions of Contract. The Procuring Entity should include at the time of issuing the Tender Documents all information that the GCC indicate, shall be provided in the PCC. Its Clause Numbers are numbered with the same numbers of the corresponding GCC Clauses.

This Section provides the standard format for the Tender Submission Letter, (Form PW2-1), Tenderer Information (Form PW2-2) and Bank Guarantee for Tender Security (Form PW2-3), if any  to be submitted by the Tenderer.

These forms along with required documents mentioned in the ITT will constitute the Tender, to be submitted by the Tenderers

This Section also contains the form of the Notification of Award (Form PW2-4) and the Contract Agreement (Form PW2-5) and the forms for Bank Guarantee for Performance Security (Form PW2-6).

This Section provides the items and estimated quantities of Works to be performed and must be carefully prepared by a Procuring Entity for each object of procurement.

This Section provides the General Specifications that describe the Works and   Associated Services to be procured.

This Section contains any Drawings that supplement the General and Particular Specifications for the Works and Associated Services to be procured.

Forms PW2-1 to PW2-3 comprises part of the Tender Format and should be completed as stated in ITT Clauses.12.1

Forms PW2-4 to PW-6 comprises part of the Contract as stated in GCC Clause 3.

[This letter should be completed and signed by the Authorised Signatory

preferably on the Letter-Head Pad of the Tenderer]

In accordance with ITT Clauses 13, the following prices apply to our Tender:

In signing this letter, and in submitting our Tender, we also confirm that:

(a)           our Tender shall be valid for the period stated in the Tender Data Sheet (ITT Sub Clause 16.1) and it shall remain binding upon us and may be accepted at any time before the expiration of that period;

(b)          a Tender Security is attached in the form of a [pay order/ bank draft/ bank guarantee] in the amount stated in the Tender Data Sheet (ITT Sub Clause 17.1) and valid for a period of twenty eight (28) days beyond the Tender validity date;

(c)           if our Tender is accepted, we commit to furnishing a Performance Security within the time stated under ITT Sub Clause 37.2 in the amount stated in the Tender Data Sheet (ITT Sub Clause 37.1) and valid for a period of twenty eight (28) days beyond the date of issue of the  Completion Certificate  of the Works;

(d)          we have examined and have no reservations to the Tender Document, issued by you on [insert date];

(e)           We, declare that we are eligible to participate in this Tender and meet the eligibility criteria specified in the Tender Document (ITT Clause 3);

(f)           furthermore, we are aware of ITT Clause 2.2 concerning such practices and pledge not to indulge in such practices in competing for or in executing the Contract

(g)          we are not participating as Tenderers in more than one Tender in this Tendering process. We understand that your written Notification of Award shall constitute the acceptance of our Tender and shall become a binding Contract between us, until a formal Contract is prepared and executed;

Attachment 1:    Written confirmation authorising the above signatory (ies) to commit the Tenderer

[This Form should be completed only by the Tenderer, preferably on its Letter-Head Pad]

[This is the format for the Tender Security to be issued by a scheduled Bank of Bangladesh in accordance with ITT Sub Clause 18.2 ]

Furthermore, we understand that, according to your conditions, the Tender must be supported by a Bank Guarantee for Tender Security.

At the request of the Tenderer, we [name of bank] hereby irrevocably undertake to pay you, without cavil or argument, any sum or sums not exceeding in total an amount of Tk [insert amount in figures and words] upon receipt by us of your first written demand accompanied by a written statement that the Tenderer is in breach of its obligation(s) under the Tender conditions, because the Tenderer:

This guarantee will expire

Consequently, we must receive at the above-mentioned office any demand for payment under this guarantee on or before that date.

This is to notify you that your Tender dated [insert date] for the execution of the Works for [name of project/Contract] for the Contract Price of Tk [state amount in figures and in words], as corrected and modified in accordance with the Instructions to Tenderers, has been approved by [name of Procuring Entity].

You are thus requested to take following actions:

You may proceed with the execution of the Works only upon completion of the above tasks. You may also please note that this Notification of Award shall constitute the formation of this Contract    which shall become binding upon you.

We attach the draft Contract and all other documents for your perusal and signature.

WHEREAS the Procuring Entity invited Tenders for certain works, viz, [brief description of works] and has accepted a Tender by the Contractor for the execution of those works in the sum of Taka [Contract price in figures and in words] (hereinafter called “the Contract Price”).

NOW THIS AGREEMENT WITNESSETH AS FOLLOWS:

1.         In this Agreement words and expressions shall have the same meanings as are respectively assigned to them in the General Conditions of Contract hereafter referred to.

2.         The documents forming the Contract shall be interpreted in the following order of priority:

(c)        the completed Tender and the appendices to the Tender

(d)        the Particular Conditions of Contract

4.         The Procuring Entity hereby covenants to pay the Contractor in consideration of the execution and completion of the works and the remedying of defects therein, the Contract Price or such other sum as may become payable under the provisions of the Contract at the times and in the manner prescribed by the Contract.

IN WITNESS whereof the parties hereto have caused this Agreement to be executed in accordance with the laws of Bangladesh on the day, month and year first written above.

[This is the format for the Performance Security to be issued by a scheduled bank of Bangladesh in accordance with ITT Clauses 37, 38 & 39]

Furthermore, we understand that, according to your conditions, the Contract must be supported by a Bank Guarantee for Performance Security.

At the request of the Contractor, we [name of bank] hereby irrevocably undertake to pay you, without cavil or argument, any sum or sums not exceeding in total an amount of Tk [insert amount in figures and in words] upon receipt by us of your first written demand accompanied by a written statement that the Contractor is in breach of its obligation(s) under the Contract conditions, without you needing to prove or show grounds or reasons for your demand of the sum specified therein.

This guarantee is valid until [date of validity of guarantee], consequently, we must receive at the above-mentioned office any demand for payment under this guarantee on or before that date.

Insert here a list of Drawings.  The actual Drawings, including site plans, should be attached to this section or annexed in a separate folder. The Drawings shall be dated, numbered and show the revision number.

The Invitation for Tenders (IFT) is a copy of the standard format as appears on the website and used for published advertisement that provides relevant and essential information to help Tenderers to decide whether or not to participate in the particular Tender. This is provided in the Tender Document for information only. This should not be included in the FINAL DOCUMENT.

[for use when there is a SINGLE lot in a package

This is the website format and as used for published advertisement.

It is included in this document for information only]

<select> : these fields are “pop-up” fields and the procuring entity will only have to select the correct name, address or date in order to complete the form.

<type in name> : these fields are to be completed by typing in the relevant data.

[for use when there are MULTIPLE lots in a package

This is the website format and as used for published advertisement.

It is included in this document for information only]