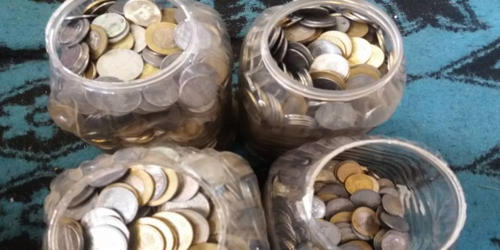 Dealing in accommodation bills (such bill being known as a kite) to raise money is called kite flying. is originally a technical term used for a type of cheque fraud. But, this term has now been extended to credit cards as well. Kiting involves the illegal use of financial instruments to fraudulently obtain additional credit

In the US, the term is “kiting”, a form of fraud. It is now rare in the US because our checks are cleared electronically. The term “check-kiting” first came into use in the 1920s. It stemmed from a 19th-century practice of issuing IOUs and bonds with zero collateral. That practice became known as flying a kite, as there was nothing to support the loan besides air.

Kite flying is when you use one or more credit cards to withdraw cash at an ATM as a cash advance and pay dues on another credit card. The credit card holder in receipt of the monthly credit card statement is expected to make full outstanding balance and in the other condition an amount not less than the minimum amount due on credit card transactions. Popularly known as cheque kiting in Banking parlance. It is the practice of drawing cheque on account for a value greater than the account balance in one account and then depositing another cheque in that account having insufficient balance by falsely inflating the balance in the account so that the cheque gets cleared. Check kiting targets banks or retailers through a series of bad checks, sometimes drawn on multiple accounts. After all, if you don’t have funds to pay even the minimum amount due, on time, you land up getting a late payment fee on your card.

Kiting is the fraudulent use of a financial instrument to obtain additional credit that is not authorized. Kite flying is known as Check kiting which is a form of check fraud, involving taking advantage of the float to make use of non-existent funds in a checking or other bank account. In this way, instead of being used as a negotiable instrument, checks are misused as a form of unauthorized credit. It’s considered one of the most dangerous activities in the world of finance. In the context of banking and finance, kite flying has totally a different connotation and is a means of swindling funds from the financial institutions.