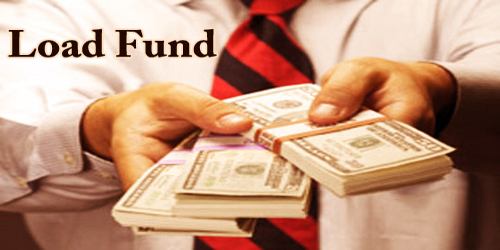 A load fund may be a mutual fund that carries a commission to buy or sell its shares. The fund investor pays the load, which works to compensate a sales intermediary, like a broker, financial planner, or consultant, for his time and expertise in selecting an appropriate fund for the investor.

The load is calculated as a percentage of the amount that an investor purchases or sells. The investor pays the load, which is used to compensate a broker or investment advisor for their time and skill in selecting an appropriate fund. The load is either paid upfront at the time of purchase (front-end load), when the shares are sold (back-end load), or as long as the fund is held by the investor (level-load).

In general, there are two forms of load funds: front-end loads and back-end loads. A front-end load could be a fee paid to get an investment, and a back-end load could be a fee paid to sell an investment (it may additionally be called a contingent deferred sales charge, an exit fee, or a redemption charge). A no-load fund is a mutual fund that does not charge any fees of this type.

When a load is paid at the time of purchase, it is referred to as a front-end load. A load paid when shares are sold is referred to as a back-end load or a contingent deferred sales charge. A mutual fund may charge between 4% to 8% of the investment amount or a flat fee.

Some mutual funds charge a load, or sales commission, once we buy or sell shares or, in some cases, annually we own the fund. The charge is mostly figured as a percentage of our investment amount. Most load funds are sold by brokers or other investment professionals.  The sales charge compensates them for their time.

In contrast, no-load funds, which don’t have sales charges but may levy other fees, are usually sold directly to the public by the investment company that offers the fund. Some companies offer both load and no-load versions of the same fund.

If a fund limits its level load to no more than 0.25% (the maximum is 1%) it can call itself a “no-load” fund in its marketing literature. Front-end and back-end loads are not part of a mutual fund’s operating expenses and are typically paid out to the selling broker and the broker-dealer as a commission. However, level-loads, called 12b-1 fees, are included as operating expenses. Funds that do not charge a load are called no-load funds, which are typically sold directly by the mutual fund company or through their partners.

Frequently, investors are able to pay reduced loads if they make large investments. The amount that qualifies for a reduced load is called the breakpoint and varies from investment to investment. Some funds may have more than one breakpoint. In some cases, an investor can sign a letter of intent with the investment company, promising to invest a certain amount over time in order to qualify for the reduced load now.

In the 1970s, mutual fund companies came under criticism for the high front-end sales loads they charged along with excessive fees and other hidden charges. As a result, they introduced multiple share classes giving investors several options for paying sales charges.

Although load funds charge a commission, they are still preferred by some investors over no-load funds. Investors pay a commission to the financial intermediary that conducts research on the most appropriate mutual fund to invest in and makes an investment decision on behalf of the client. Using a financial intermediary protects inexperienced investors from making wrong choices due to a lack of knowledge. Using an expert can help the investor realize better returns by only incurring a small commission.

Load funds discourage investors from frequently trading their shares, an activity that needs funds to possess considerable amounts of money there instead of invested. Generally, however, a load is taken into account payment for the broker’s expertise in selecting the correct fund for the investor. Notably, there’s considerable controversy about whether load funds perform better or worse than no-load funds.