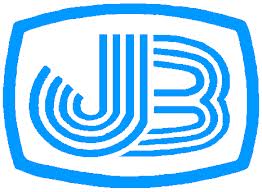 Export through Janata Bank Ltd. for the year 2008 and 2009 is Tk.85418.00 million and Tk. 87500.00 million respectively. In spite of Global Financial Crisis the growth chart in export through Janata Bank Ltd. remains upwards due to our timely steps regarding credit facilities and services packages. We have already re-fixed our schedule of exchange at a reduced rate the loan pricing is more competitive. With the credit lines our experts have introduce the following new products:

In 2006 total export of Janata Bank was Tk. 7089.66 crore. Ready Made Garments was Tk. 3549.82 crore and it was the highest position. Hide & skin and frozen fish took the second and third position consequently. It is also clearly observed that in the month of August and September export amount was highest through the year.

In 2007 total export of Janata Bank was Tk. 7185.55 crore. Ready Made Garments was Tk. 3540.93 crore and it was the highest position. Hide & skin and frozen fish took the second and third position consequently. First half of the year 2007 export amount was comparatively better position than the second half of the year.  It is also clearly observed that total export amount of 2007 is little bit higher than 2006.

In 2008 total export of Janata Bank was Tk. 8541.76 crore. Ready Made Garments was Tk. 4189.92 crore and it was the highest position. Hide & skin Tk. 837.53 crore and frozen fish Tk. 822.23 crore took the second and third position consequently. Throughout the whole year 2008 export amount was comparatively better than the last two years.  It is also metion here that total export amount was significantly higher than 20060and 2007.

In spite of world economic crisis and political instability in the country Janata Bank Limited has kept its upward export trend up to last year. Because Its expertise and experienced management team offered different promotional offer and financially assisted to the exporters to boost up the export trend. They main offered and assisted-

Scope of establishment of export oriented industry by 100% foreign investment and by joint venture.

Consulting facility by an expert group of officials.

From 2006 to 2009 export of Janata Bank is in increasing pattern. Even during world economic crisis period Janata Bank’s management shows their best performance. That is why export position remains in upward condition.

For global economic recession and political instability inside the country contribution to national export of Janata Bank limited was lowest in the fiscal year 2007-2008 among last six fiscal years. And in fiscal year 2008-2009 it turned up warding.

Because to increase export business providing the exporter more foreign currency, to strengthen their production capacity, to facilitate the in every maximum scope, the bank has took four incentives. These have been proved to be fruitful adding Tk.2.00cr (approx.) more to the bank’s annual income through only export business.

These new four incentives are as follows in brief:

In addition with the existing working capital it provides exporters emergence need to execute their foreign order.

For importing bulk quantity of dies, chemical it is a great support for the exporter.

Comparison of Export of 2009 with Public Banks

From 2000 to 2006 import of Janata Bank Limited is gradually increasing. But in 2007 the country was under caretaker government. Export, import, foreign remittance, employment in abroad etc. were moving forward in slow rate. For this reason import in 2007 sharply down compare with 2006. Again in 2008 import of Janata Bank Limited reached higher than 2007. And in 2009 import is dropped little bit.

Contribution to National Import of JB in last decade

Increase of import indicates the country is less wealthy and decrease of import indicates that the country has sufficient resources and is able to fulfill its local demand. So as a publicly owned bank Janata bank Limited is less service providing attitude to the importers. It provides little facilities to its importers. As a result import contribution percentage to national is decreasing gradually from fiscal year 1995-1996 to fiscal year 2007-2008.

Inward foreign remittance through Janata Bank Ltd. up to November 2009 is Tk. 51508.55 million. Foreign remittance from NBRs reached record high of Tk. 45924 million in 2008 against Tk.36788 million in 2007 and continue to play an important supporting role in strengthening the economy of the county Janata Bank ltd. by reducing lead-time, has ensured quick delivery of foreign remittance, an NBR branch has been opened to serve exclusively Non-resident Bangladeshis through Speedy Money Remittance System with instant to the beneficiaries.   Anybody willing to remit foreign currency from any corner of the world can use wide network of the bank. The remittance reaches to the beneficiary within 3 days without charging any commission. Our worldwide network includes 4 branches in UAE, 2 exchange houses in Italy and correspondent relationship with all the major Banks and all important trade centers of the world.

Recently Janata Bank Ltd. has launched its Speedy Foreign Remittance Payment System which enables beneficiaries to receive their money within shortest possible time. The beneficiary also gets information of remittance through automated SMS. It’s a secured, easy, cost effective and speedy way of remittance for the remitter.

Janata bank Ltd. has signed an agreement with Western Union Network to facilitate wide range of remittance of the globe. Both the organizations make it possible to receive the money from about 300,000 locations of 200 countries instantly with prevailing mutual mechanism and workforce. The achievement of Janata Bank Ltd. in attracting foreign remittance as compared to country’s performance is given bellow:

To facilitate sending money in Bangladeshi Taka directly, Janata Bank Limited has Taka Drawing Arrangement with many banks/exchange companies in different countries. The expatriate Bangladeshis may send their money in BDT (Bangladeshi Taka) through the branches/subsidiaries of Janata Bank Limited and foreign banks/exchange companies. Remittance services are available at all branches and foreign remittances may be sent to any branch by the remitters favoring their beneficiaries. Remittances are credited to the account of beneficiaries instantly or within shortest possible time.

Inward remittance from Bangladeshi nationals working abroad continued to play an important role in strengthening the current account. Receipts on this sector increased gradually in every year from 2006 to 2009. The underlying reason was that Bangladesh Bank has simplified the approval policy of drawing arrangements between foreign exchange houses and domestic bank. Janata Bank’s management has taken this opportunity.

7. Comilla Corp. will cover all branches under greater Comilla district.

8. Noakhali Corp. will cover all branches under greater Noakhali district.

Commission for issuances of Taka drafts at UAE branches has been reduced irrespective of amount. 1% interest above the normal savings deposit rate is offered to SB accounts receiving foreign remittance.

Inward remittances from Bangladeshi nationals working abroad continued to play an important role in strengthening the current account of Bangladesh Bank. Receipts on this sector increased by 22.4 percent to USD 9689.3 million in FY 09 from USD 7914.8 million in FY 08. The underlying reason was that Bangladesh Bank has simplified the approval policy of drawing arrangements between foreign exchange houses and domestic banks. As a result 40 banks have been allowed for establishing 820 drawing arrangements with 208 exchange houses all over the world for collecting remittances. Due to these measures, remittances have recorded a substantial increase by 22.4 percent to USD 9689.3 million during the year 2009. Remittances as percentage of GDP increased by 089 percentage points to 10.84 in FY 09 from 9.95 in FY 2008. The shares of major source countries in the remittance receipts of FY 2008 and FY 2009 are given bellow.

This is the whole scenery of inward foreign remittance of 2008 and 2009 of Bangladesh. In the sector of foreign remittance earning 2008 Kingdom of Saudiarabia in highest position that is 29.40%, USA second position- 17.50% and United Arab Emirates is third position 14.30%. And in 2009 Kingdom of Saudiarabia again top position, in second position United Arab Emirates and in third position USA. Their inward remittances are 29.50%, 18.10% and 16.30% respectively.

Export and foreign remittance are in good position. They are in increasing trend from 2006 to 2009. And due to global economic crisis and for various trade barriers and quotas import does not grow much higher compare with export and foreign remittance. In 2007 export and import are comparatively low with other years due to political instability inside the country. But inward remittance is continuously upward trend up to 2009.

Problem of Foreign Exchange in Bangladesh

As a developing country, here there is a great opportunity to expand a business easily. Human resources cost are also cheap. On the other hand people have strong faith to the banking sector. But this sector is not free from problems. Some challenges of the banking sector are:

It is clear that the Janata Bank Limited Foreign Exchange department has ensured both quality and services which helps to improve the overall status of the Bank. For this reason Janata bank Limited has able to achieve second position in country and top position among public banks in export sector in 2009. However the branch may have scope to improve in a few areas. Such as-

01. The number of exporter and importer who operate through this bank is not enough to achieve the goal. So JBL should offer more facilities to attract their clients.

02. In addition with the present services they should include more services. It is badly needed to provide more quality services to their clients in order to compete in the market.

03. Foreign exchange department should be fully computerized that the exchange process would be convenient for both the bankers and the clients.

04. Bank should offer more facilities to the customers such as debit card, credit card, ATM machine etc. to survive in the competition.

05. One of the business strategies is promotion. Successful business depends how they can promote their products or services to the customers. In this connection to improve the business status the JBL should introduce more promotional programs.

Lastly it can say that there are a lot of opportunities for increasing foreign exchange in Bangladesh if stay political stability. The Human Resources are cheapest here which play an important role in any business. Bangladesh government should take proper steps to maintain congenial atmosphere for sustainable foreign exchange business in the country.