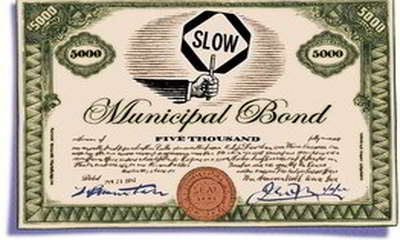 Municipal Bond is a debt security issued by the state, municipality or county to fund its capital expenditures. Municipal bonds are exempt from federal government taxes and from most state in local taxes, especially if reside in the state in which the bond is given. A municipal bond is a bond issued by the local government, or their agencies. The term municipal bond is commonly used in the us, which has the greatest market of this kind of trade-able securities on the planet estimated at $3.7 Trillion throughout 2011.