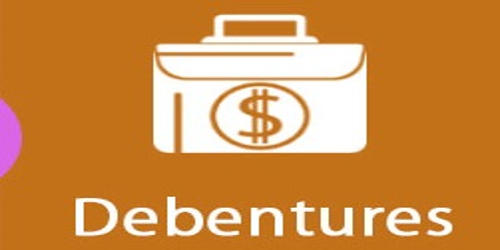 It is a certificate of debt that is not secured by an asset or lien, but rather by all the issuer’s assets not otherwise secured. These are the debentures in which the company promises to pay the lenders (holders of debenture) interest at a fixed rate and also to repay the capital. These promises are given without security (or any asset of the company) to the lenders. Such debentures are also known as ordinary or simple debentures and are very uncommon. This means that the debt represented by a naked debenture carries no collateral; in case of bankruptcy, the debt holder is considered a general creditor. In the United States, a debenture that is not secured by any specific asset is called a “naked debenture” or “uncovered debenture”.

A debenture is a debt instrument issued by corporations and governments to raise funds. Naked Debenture a type of bond where a company borrows money without offering security. In general, the term debenture in British usage designates any security issued by companies other than their shares, including, therefore, what are in the United States commonly called bonds. In a naked debenture, the investor has the issuer’s promise of repayment of the interest and principal but has no claim on any specific collateral. If the issuer defaults, the debenture holders are to be considered as general creditors. A signature loan is obtained against a naked debenture.

As a naked debenture is not backed by any physical asset or collateral, the debentures are considered to be covered by the full faith and credit of the issuer. Debentures are the most common form of long-term loans, taken by corporations with a fixed rate of interest and a fixed date of repayment. When used in the United States debenture generally designates an instrument secured by a floating charge junior to other charges secured by fixed mortgages, or, specif., one of a series of securities secured by a group of securities held in trust for the benefit of the debenture holders. Usually, the corporations pay the interests of debentures before paying the dividends to its shareholders.