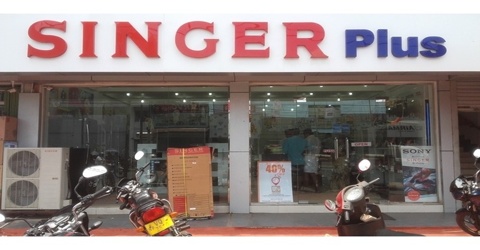 Main purpose of this assignment is to evaluate Ratio Analysis of Singer Bangladesh Limited. Other objectives are to know about a company’s past present and future position also analysis and compare a company’s internal position to make necessary aid. In this ratio analysis here find out earning per show as well as dividend per share’s reset to zero is good, but your debt ratio, total asset turnover percentage, fixed asset turnover percentage current ratio, DSO, web profitability margin ratio, returning on asset, return on common equity will not be in good position.

SBL, a multi product financial Institution, We have analyzed on ratio of SBL, on the basis of that, on the common size analysis, we have compared the company’s 4 years performance (2004-07), and that is not so very good position. Though the earning per show and dividend per share’s reset is good, but the debt ratio, total asset turnover ratio, fixed asset turnover ratio current ratio, DSO, net profitability margin ratio, return on asset, return on common equity are not in good position.

OBJECTIVE OF THE STUDY

Establishment of Branch in the main port city,

To be the most admired and respected family company in the country.

Our mission is to improve the quality of life of people by providing comforts and conveniences at affordable prices.

Net profitability margin ratio measures the percentage of each sales money remaining after all costs and expenses, including interest, taxes and preferred stock dividends, have been deducted. It is calculates as this formula:

The analyses of 5 years of SBL are, as follows:

Company should increase their EBIT to keep increasing net profit.

Return on asset, often called the return on investment. It measures the overall effectiveness of management in generating profits with its available assets. We can get this ratio by this formula,

Higher rate of this ratio indicates the higher/ better position of a firm. Our analysis of the firm SBL are:

The position of the firm is very bad according to this ratio so it should need to increase its Net income as soon as possible to improve or increase the company situation.

If the present return on equity is more then past ratios that indicates the better position to the present then past. Our analysis of ROE of SBL are given below

Company should increase its Net Income against of Stockholders equity to improve the situation of this company.

The ratio of receivables turnover of this firm is given below:

The ratio of Average collection period of this firm is given below:

Much should aware about this fact that they should try to decrease the time period to collect money from A/R to get a good position.

This ratio indicates the efficiency of the firm’s in selling product. The inventory turnover ratio is defined as follows:

The ratio of inventory turnover of this firm is given below:

The fixed asset turnover ration measures how effectively the firm uses its plant and equipment to help generate sales. It is the ration of sales to fixed assts.

By this analysis we can understand that sales position is good according to its fixed asset which indicates that company’s effective uses the fixed assets. So to improve this salutation company should increase it sales by using its fixed assets most effectively.

The total Asset turnover ratio measures how effectively the firm uses its total assets to help generate sales. It is the ratio of sales to total assets.

If the present total assets turnover ratio is higher then previous it would be better for the company’s present performance. Our analysis of this ratio of SBL of 4 ears is,

By the analysis we can say that, company must increase their sales.

The Current ration measures then ability firm’s to meet its short-tern obligations. It is expressed as follows:

Current Asset includes cash, account receivable and inventories. And current liabilities consist of all payables, current maturities of long tern debt, accrued expenses. It the current liabilities are rising fast than current Assets, the CR will fall and when CR is increased this post year, the present performance of the company will be better then post performance. Here is the 4years CR of SBL:

In 2007 the CR of SBL was tell which was lower than 2004 when the ratio 1.21which is worst position during 4 years. 2004 are the sure which was considered as good performance.

By the analysis of 4 years CR of SBL. We can find that the company hasn’t done well over the year and to improve the situation it should graphically enlarge CR by increasing CA or decreasing CL.

The ratio of Quick ratio f this firm is given below:

The debt ratio measures the proportion of total assets financed by the firm’s creditors. It’s formula:

Total debt includes both CL and LLB tern debt, creditors prefer low debt ratios because the lower the ratio the greater the cushion against creditors losses in the event of liquidation. Our analysis of this ratio of SBL for 4 years is given below:

The time interest earned ratio, measures the firm’s ability to make contractual interest payment, Sometimes it also called as interest coverage ratio, the formula of this ratio is:

This ratio measures the extent to which operating income can decline before the form is unable to meet its annual interest costs. If the present ratio is higher then post then it would better for the firm. But the company has to pay tax fewer for lower time interest earned. Our analyses of this SBL are,

Fixed charge coverage measures the firm’s ability to meet all fixed obligations rather then interest payment alone, on the assumption that failure to meet any financial obligation will endanger the position of the firm. The formula of this ratio is:

The ratio of fixed charge coverage of this firm is given below:

EPS represents the amount canned on behalf of each outstanding share of common stock not the amount of earnings actually distributed to share holders. EPS is calculated as follows.

Earning Per Share = EAT (earning after tax) / Number of shares

The ratio of EPS of this firm is given below:

EPS is closely watched by then investing public and is considered an important indictor of corporate EPS success and by the above analysis we can see the good position of the firm.

DPS represent the amount of cash actually distributed to each shareholder. It is calculated by

Here is the dividend per share of the SBL,

Ratio rate was by this analysis we can see the increasing and this should be encourage to be attract the shareholder.

The EPS and DPS of the SBL were in good position but the firm must should be were of its increasing liabilities. And it also try to utilize it’s assets by effective uses. In other hands the time period of required account receivable collecting which should be decreased. And to increase the total asset turnover the firm should increase its sales and to increase its net income, it should increase its EBT company must should were of these fact to reach in the better position.