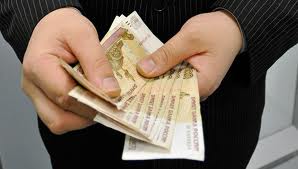 Report on Financial Infrastructure and Stability

Background of the Study:

Funds can be transferred within Australia from Bank A to Bank B as soon as Bank A enters the payment instruction in the interbank payment system.

A member of the debt securities clearing and settlement system can be credited with securities as soon as the corresponding payment is debited from its bank account in a paperless transaction with no time lag.

All these processes involve the flow of money in one way or another. While these flows can be achieved without elaborate financial infrastructure(for example, by the physical exchange of cash for paper certificates of debt securities in the third example), the modern business world now demands a much higher level of safety and efficiency. To stay competitive, an economy must have a robust financial infrastructure to support increasingly sophisticated financial activities.

Methodology of the Report:

For carrying out this report first, I have visited many web sites to show the financial infrastructure & stability of USA, UK, Australia, Malisya, & Bangladesh.The following methodology was followed throughout the study .The study is based on both secondary data. Data regarding the organization profile collected in the following ways:

Most of the secondary data were collected by the review and study of relevant reports and documents.

Limitation of the study:

Despite all out co-ordination among the different countries,  the report has some limitations.

Some of these limitations are as under:

Learning all the accounting tasks within just 7 days was really tough.

In case of stability analysis secondary data are used.

This study completely depended on policy of the different Countries.

Bangladesh Development Bank Limited (BDBL) from January 2010. Underpinned by the strong macroeconomic fundamentals, the banking sector balance sheet size grew by 23.47 percent compared with end-2009 and reached to BDT 4855.04 billion as of end-2010. The growth was broad-based as most of the income earning assets registered positive growth. Top 5 banks based on asset size of the banking sector 
Top 10 banks based on asset size of the banking sector

Compared with other countries, the banking sector is not concentrated, which contributes to financial sector stability. The concentration ratios of the top 5 banks and top 10 banks within the total assets were only 36.05 percent and 50.24 percent respectively at end-2010 Stability of the financial sector of Bangladesh has over the years proven to be quite robust, amid episodes of regional and global crises, like the East Asian currency crisis of mid-nineteen nineties and the recent global financial crisis of 2008-2009. In both crises the financial sector in Bangladesh remained solvent and liquid, well in position to help out sectors in real economy impacted adversely. The key to this insulation from external turmoil is in the limited openness to short term external capital flows. In a steady sequence of steps opening up Bangladesh economy to the outside world, Bangladesh Taka is now freely convertible in the current account, the capital account is also virtually fully open to inflows and outflows of non-resident owned equity and longer term debt funds; but the capital account remains restricted for resident owned investment abroad, as also for non-resident owned short term capital flows (so-called ‘hot money’). This limited regulated external exposure of Bangladesh’s financial sector kept it free of toxic assets and contagion from external crises. Conservatively prescribed and closely monitored open exchange position limits for banks keep their exchange rate risk exposures within safe margins. Episodes of adverse developments in the domestic front also amply demonstrate the robustness of financial sector stability in Bangladesh. The sector includes private and government owned banks and financial institutions, local, joint venture and wholly foreign owned. Over years, competition has brought down the past dominance of four government-owned commercial banks. Today the institutional sizes are much less disparate; with no excessive mutual interdependence to pose systemic risk. In four decades since liberation, there were sporadic events of a foreign bank branch, a joint venture private bank, and two non-bank finance companies running into asset quality and solvency problems, needing central bank supervised restructuring. None of these events raised systemic concerns, because exposures of other banks/financial institutions to the stricken ones were not large. Fallouts from two episodes of stock market price bubble collapse in 1995 and 2010 were likewise limited and easily contained.

The Republic of Armenia (RA) is a country on the southern side of the Caucasus region at the crossroads of Europe and Asia. The neighbouring countries are: Turkey to the west, Georgia to the north, Azerbaijan to the east, and Iran to the south. The territory of the Republic of Armenia is 29.8 thousands sq. m. The Capital – Yerevan, founded in 782 BC. Religion – Christianity adopted in 301. The Banking system of the Republic of Armenia is one of the most important parts of country economy. Following the collapse of USSR the Armenian banking system faced significant problems, of which major one was lack of confidence among population. To remedy the situation in terms of strengthening and making more flexible the existing legal basis, a set of laws and rules has been adopted by the National Assembly of the RA in 1996, namely: “Law on the Central Bank of Armenia”, “Law on Banks and Banking Activities”,

Law on Bank Secrecy”, “Law on Bank Bankruptcy”, “Law on Payment Order Transfers”, “Law on Companies”. of banking reforms. The improvement process of banking regulations and supervision mechanisms was continued, which was a serious and significant input in ensuring a sound activity of the banking system sector. Along with developed legal, accounting and judicial infrastructures mainly crucial for promoting foreign capital inflows, foreign business circles have gradually improved their attitude toward Armenian banking systems. Capital adequacy principles were among most prioritized issues stipulated by bank regulations. The minimum capital requirements have been considerably strengthening from USD 600,000 in 1998 to USD 2 million in July 2003. Further requirement insists the Banks to have 5 million of capital by July 1, 2005.

Banking activities are specifically regulated by “Law on Banks and banking activities”. It defines clearly concepts of “Bank” and “banking activities”, and incorporates inter-alia, rules and regulations on registration, licensing, suspending or termination and merging of alreadyacting banks in Armenia, including local and foreign subsidiaries, branches, representations,

Finance, Industrial Growth and Infrastructure in the

The production of signicant pieces of infrastructure required a greater financial outlay than was feasible for most firms alone. As such, in the absence of public investments, the emergence of _financial intermediation of some form { through informal coalitions of firms, bank finance, or the creation of joint stock companies {was thus inevitable. Such intermediation was, of course, itself not costless: Mapping the path of infrastructure required coordination among firms; legal specialists needed to be hired in order to obtain Parliamentary assent; potential wider investors needed to be sought out; banks needed to be negotiated with; and so on. On top of this, at the onset of the industrial revolution many new infrastructural technologies had yet to be proven and the industrial centers had yet to emerge. The costs of relaying information about the virtues of any given project, especially dur-

(Even what we might think of to be a large _xed cost in manufacturing, the factory premises constructed to house workers and machines, were often rented in arrears from more wealthy individuals, with multiple tenancy, subletting and power-sharing prevalent (see Hudson, 2002). 5See Hulten (1996), Calderon and Serven (2004), Keller  and Shiue (2008) and Atack et al. (2008). ing times of speculation, were crucial determinants of the intermediary structuresthat resulted. For reference, Figure 1 depicts the phases of each of the main forms of transport infrastructure in the UK next to data for the per capita volume of industrial production, using the data in Bairoch (1982). The industrial revolution saw a gradual standardization of the way in which infrastructure finance was regulated through Parliament. The Bubble Act of 1720 necessitated that joint-stock companies be authorized by royal charter. Thus, the construction of any piece of infrastructure required a Bill to be passed in Parliament. Further, from 1794, requirements for an infrastructure Bill included the need to deposit a map of landholdings in the vicinity of the project, reference books (linked to the map of landholdings) of landowners and occupiers as well as their support or opposition to the plan, and a list of proposed financial supporters. Most of the evidence cited in this Section is based on analysis of these deposits.

A descriptive approach to financial crises:

One alternative to the econometric approach is to rely on a descriptive analysis of financial crises or a ‘case study’ approach. Here, the exact comparability of data is less of a restriction and a much richer set of financial crises can be considered by going further back in time. The approach can also incorporate indicators, which because of their nature or lack of data are difficult to quantify, but nonetheless may be crucial to financial system stability.

The descriptive approach can be illustrated by tracing the history of credit in Australia over the past 140 years. Movements in the ratio of credit to nominal GDP are shown in Graph 1. The early years lack data on non-bank financial institutions (NBFIs), but in more recent years the figures incorporate loans and advances by banks and NBFIs, and credit provided through the issue of bank bills.

During the 1890s, a substantial proportion of the financial system collapsed, extending the decline in the Australian economy for some years. Many finance companies and building societies failed, over half of the trading banks were forced to close their doors for a period, and bank deposits and credit fell dramatically. In contrast, the financial problems of the 1930s were relatively mild, with only three institutions suspending payment and a more moderate decline in bank deposits and credit. This difference in performance occurred despite the fact that the initial negative shock to real GDP was at least as large in the first year of the 1930s depression as it was during the 1890s depression. 9. For reference, Figure 1 depicts the phases of each of the main forms of transport