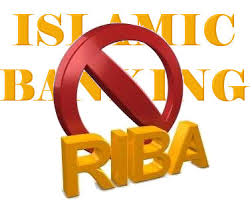 Report on Introduction to Islamic Banking

Bangladesh is one of the largest Muslim countries in the world. The people of this country are deeply committed to Islamic way of life as enshrined in the Holy Qur’an and the Sunnah. Naturally, it remains a deep cry in their hearts to fashion and design their economic lives in accordance with the precepts of Islam. The establishment of Islami Bank Bangladesh Limited on March 13, 1983, is the true reflection of this inner urge of its people, which started functioning with effect from March 30, 1983. This Bank is the first of its kind in Southeast Asia. It is committed to conduct all banking and investment activities on the basis of interest-free profit-loss sharing system. In doing so, it has unveiled a new horizon and ushered in a new silver lining of hope towards materializing a long cherished dream of the people of Bangladesh for doing their banking transactions in line with what is prescribed by Islam. With the active co-operation and participation of Islamic Development Bank (IDB) and some other Islamic banks, financial institutions, government bodies and eminent personalities of the Middle East and the Gulf countries, Islami Bank Bangladesh Limited has by now earned the unique position of a leading private commercial bank in Bangladesh.

The perception of Islamic banking has been bloomed with its186 branches from the inspiration of building up a society on justice in accordance with basic socio-economic principles of Islam. The difference between Islamic bank and conventional bank is on principles. The functions of this type of bank are completely different. This bank is established on Islamic Shariah and all types of transactions are free from interest. Justified profit is the basis of financial transaction of this bank. This bank is committed to establish socio-economic justice. Islami Bank Bangladesh Limited is the first interest free commercial bank in South-East Asia. The bank got license from Bangladesh Bank as a scheduled commercial bank to conduct banking business and started functioning. The bank has opened 186 branches covering important commercial areas. The bank intends to deliver its services to other areas of the country during next few years.

Realistic orientation in different organizations is the concluding Project paper requirement of BBA program. This paper is prepared based on an internship program. Department of finance, IIUC, (Dhaka Campus) arranges internship program in attachment with different business organizations for its students after the completion of theoretical courses of program of Bachelor of Business Administration. Each intern must carryout a specific project paper, which is assigned by the supervisor approved by the placement office of Department of BBA. Hence I was selected for the Islami Bank Bangladesh Limited (IBBL) by the placement office and since then have started my realistic orientation program in General Banking, Investment & foreign exchange department at Local Office, Motijheel and have prepared my project paper as it is assigned by my supervisor.

The project paper is titled as “Investment Mechanism of IBBL”

This research will be done only for academic purpose. It may not be able to meet professional purposes. But it can be used to reveal some truth pictures of IBBL. The scope of this paper is limited to the organizational structure, background, objectives, functions of Islamic General Banking, investment performance & Foreign Exchange of IBBL as a whole. The scope is also limited to the analysis, documentation of IBBL.

The main purpose of this study is to know about Investment mechanism of the bank. In this regard following are the main objectives:

1. To know about the different Modes of Investment

2. To know about the investment mechanism & product offerings of IBBL

3. To know about the overall investment proposal, appraisal procedures & documentation system of IBBL

Methodology of the Study:

For carrying out this project paper I had to study the actual banking operations of IBBL. In order to carry out this study, two sources of data and information have been used:

I collected secondary data from the following sources:

Limitations of the Study:

Since the major source of the data was secret; a lot of important data could not be used in preparing this report.

The employees of the bank were busy with their scheduled work. As a result, I scould not manage them to give me enough time.

I will try my level best to make this report a true, bias-free and informative one. I hope that it will provide a original picture of Islami Bank Bangladesh ltd.

According to General Secretariat of the OIC, “ An Islami Bank is a financial institusion whose statutes, rules and procedures expressly state its commitment to the principle of Islamic Shariah and to the banning of the receipts and payment of interest on any of its operations.”

Another person Dr. Ziauddin Ahmed says, “Islamic banking is essentially a normative concept and it could be defined as conduct of  banking in consonance with the ethos of the value system of Islam.”

Finally from these definitions we can say that, Islamic banking is a system of financial intermediation that avoids receipts and payments of interest in its transactions and conduct its operations in a way that it helps to achieve the objectives of an Islamic economy.

Islamic banks are often known as PLS- banks because it’s major feature is Profit and Loss Sharing (PLS) system that ensuring justice and equity in the economy.

-During Sumerian, Babylonian and Mesopotamian civilization, temples gave loans to states and individuals and accumulated much wealth prompting various councils to issue decrees.

-City of Mecca was complex and heterogeneous place, where clan and tribal community were involved in interest based loans.

-Prophet (Pbuh) and his companions were to introduce Arabs to Islam. There is evidence to indicate that the development of Islami Banking stated from the time of Prophet (Pbuh).

-Four revelations of Al-Quran specifially dealing with interest are milestone which later shaped the operational aspects of the Islami Banking system.

-There are numerous Hadiths relevant to banking which clearly prohibits Muslim from accepting or paying riba.

-The only known organized financial institusion originated during prophet (pbuh) was the Baitul Mal (state treasury).

-Evidence indicates that the two sons of Caliph Umar was given loans from Baitul Mal which they used on their way back to Madina for trading and consequently earned profit. Caliph declared it as Mudaraba and taken half profit for Baitul Mal against involved capital (Ref: Mutta Imam Malik)

Islami Bank Bangladesh Limited is considered to be the first interest free bank in Southeast Asia. It was incorporated and began its operations on 30 March 1983 as a Public Company with limited liability under the companies act 1913.

Essential Features of An Islamic Bank:

Prohibition of Interest: The traditional capitalist banking system depends on interest. It receives interest for providing loans and pays interest for taking loans. The spread between these two interests is the source of its profit. But according to Islamic Shariah  all types of interest is banned. So, Islamic Bank dose not carry on business of interest and it completely avoids the transaction of interest.

Investment Based on Profit: After departing from interest , the alternate ways of income for Islamic Bank are investment and profit. Thus Islamic Bank gives up any transaction of interest and makes investments based on profit. Bank distributes its profit to its depositors and shareholders.

Investing in Halal Business: Islamic shariah has banned the business of haram goods. For example Islam not only forbids the drinking of alcohol but also banned any business of alcohol. Therefore Islamic Bank dose not get any haram business and only do halal business.

Halal Paths and Procedures: Islamic Shariah also reject any haram path or process in case of a halal business. There Islamic Banking system only allows the halal path procedures of Halal business.

1. Establishment of an Interest-free financial system.

2. Ensuring justice to both suppliers of fund (depositor) and user of fund (investment taker).

5. Bridging up the gap between the surplus and deficit of fund.

6. Development of a healthy capital and money market.

7. Providing various services and utilities to the public.

8. Development of standard of living.

9. Maintaining justice and equity at all level of transaction.

10. Swissing over to mass banking from class banking.

The objective of Islamic banking is not only to earn profit, but also to do good and welfare to the people. Islam upholds the concept that money, income and property belong to Allah and this wealth is to be used for the good of the society.

Islamic banks operate on Islamic principles of profit and loss sharing, strictly avoiding interest, which is the root of all exploitation and is responsible for large scale inflation and unemployment.

Islamic banks is committed to so away with disparity and establish justice in the economy, trade, commerce and industry- build socio-economy infrastructure and create employment opportunities.

The objective of this scheme is to encourage unemployed youths in nation building activities and to make them self reliant. This scheme has been taken up to train rural health workers and to fund poultry, pisci-culture, cottage industry, small trading, in addition to providing rickshaws, sewing machines etc. for income and employment generation.

Scholarship & stipend are awarded to the poor and meritorious students under this scheme.

This scheme has been taken up to establish child and maternity centres, charitable dispensaries, provide grants for medical treatment of the poor, install tube-wells for the supply of pure drinking water and build sanitary latrines in order to fulfill health needs of the rural people.

Humanitarian assistance are provided to the poor, disabled persons, families affected by river erosion and for marriage of poor girls.

Financial assistance to the people affected by natural calamities is provided under this scheme.

The Foundation has been establishing permanent service centres in coastal areas and off-shore islands to be used for the purpose of integrated social development as well as safe shelter during natural disaster.

Under HRD programme, the foundation has established several Technical Training Centres for imparting vocational training and kindergarten Schools. Projects like mosque based income generating centres and prisoner rehabilitation projects are expected to be established in the near future.

Financial assistance for construction, extension and provided under this scheme.

Islamic Research magazines and other Islamic literatures are distributed under this programme among academicians, journalists, judges, Lawyers, high officials, bankers, literateurs, and important libraries and institutions of the country.

Foundation has established sales centres to encourage poor women folk for self employment and for marketing home made garments, handicrafts and other items produced by them.

The Foundation has set up hospitals for providing modern medical treatment to all sections of the people at reasonable cost. By now, the Islami Bank Hospitals have earned good reputation in the society.