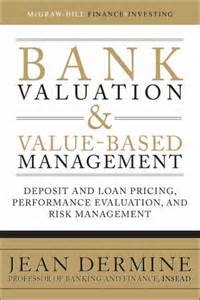 From the view point of Depositors

Chart 1 shows a significant improvement of the FSBL in treasury management. In successive years it has a remarkable improvement to increase its current assets while keeping investment in fixed. Even in year 2004 the fixed assets remain approximately close to previous year while there is double-digit growth in liquid asset this helped FSBL to gain from money market fluctuation in interest rate.  Though in year 2003 fixed assets has increased more than 100%. But this is due to the set up cost and expansion in business. But following year it was able to maintain the fixed assets close to previous year.

Chart 2 shows rate of growth of the liquid assets and fixed assets. In this chart we see that in year 2002 fixed assets increased more than 150% due to the expansion of business, major investment in this year was in primary cost of opening of new branches including proclamation of land and installment of computer and furniture. But in the following its investment in fixed assets increase more not over 4%. Though keeping fixed assets may help FSBL to get a good score in CAMEL rating but being a third generation newly established not more than 5 years it should invest more in land proclamation and expansion of business to be remain competitive. But an sustainable growth may be ensured keeping fixed cost same level while increasing liquid assets at the same time this can ensure profitability because of short term investment in money market to take the advantage in the fluctuation of interest rate. Chart 4 shows that in successive years deposit have fallen sharply. It is because in these successive years Government had taken loan from money market to meet its deficit budgets by increasing at the same time limit of investment in a single name had weaved so it fund flowed from depository financial sector to less risky Government Securities sectors. In this squeeze financial scenario it is very difficult to make any profit. But we see that in this period profit did not decrease even in year 2004 we that profit have increased slightly. Though in these periods core deposit has decreased sharply but FSBL was able to collect deposit from other financial institutions. That is a reason of FSBL to maintain high liquidity. Because it is more like that the deposit from other banks and financial institutions will be call back any time or have to repay on demand. Though this can help to keep cost of fund lower because it reduces dependent on high cost fixed deposit but at the same time it also hamper the growth rate. Over the year savings deposit even fixed deposit has decreased so it very much necessary for this moment to expand business, getting more strength by collecting money from offering saving deposit account or even fixed deposit account. Other wise growth will be stopped. Chart 5 is showing the deposit and advance position of FSBL over the period. It depicts that though advance over the year has increase rapidly but deposit has decreased gradually. This is due to heavy dependency on borrowing from the other financial institutions. But heavy dependency on the deposit of other financial institute may not be seen a good sing. FSBL should improve it core deposit that is from small severs by offering various types of saving product other wise in case of deposit crunch a deposit run may create a heavy problem in future especially in case of contraction monitory policy. Deposits and other Accounts:

Deposits are the major sources of a Banks fund. They serve surplus units y offering a wide variety of deposit accounts. During the preliminary stages of operation the volume of deposit was comparatively low. But it started increasing as its operations gets going.

First Security Bank Limited has been extending credit facilities to productive and priority sectors under the guidelines of Bangladesh Bank. Outstanding advances of the bank moved up from tk. 6476.84 million on the 31st December 2003 to tk. 8500.27 million on the 31st December 2004. That means the loans and advances of First Security Bank Limited has increased over time. In extending credit facilities, the bank attached due importance to sectoral needs and requirements of both public and private sectors. The bank has earned excellent business reputation in handling & funding international trade, particularly in boosting-up of export & import of the country. The foreign exchange and foreign trade business during the year 2004 stood at tk. 11079.12.

Import: The bank foreign exchange business relating to import into Bangladesh expanded markedly by 31.32% to Tk. 7413.90 million at the end of December 2004 from Tk. 5645.60 million a year ago. A year wise graphical presentation of the same is provided below. During the year 2002 the total number of branches of First Security Bank Limited stood at 10, in 2003 it was 11 and in year 2004 it stood at 12 branches. The Bank has proposed a long-term program to Bangladesh Bank to open more branches in phases in important locations in Bangladesh.

Total number of employees stood at 467 as on 31st December 2004. The bank continued to encourage its employees to receive training and participate in various seminars and workshop to enrich their professional skills. Total Income: During the year total operating income of the bank stood at Tk. 327.64 million compare to previous year total income of Tk. 385.38 million. A year wise graphical presentation of the same is provided on next page: