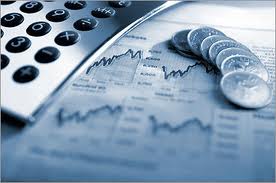 Report on Performance of Financial Accounts

As a part of our academic requirement we have been assigned  to prepare a term paper for the course named “Financial Accounting” our course teacher Sadd M. Faisal. Lecturer of Financial Accounting Department of Business Administration.

We have prepared the report using the secondary data published in the Annual Report of PCIL. For performance Evaluation we have gone through Ratio Analysis regarding Internal Liquidity, Operating Efficiency, profitability and Cash Conversion Cycle. We have also concentrated on the Dupont and Extended Dupont Analysis of Return on Equity (ROE). To Analyze the financial behavior of PCIL we have shown the Financial position of the Company. our concentration period is 2000-2004.


Perfume chemical Industries Limited chemical company of our country. In this term paper awe have applied different ratios for performance evaluation of PCIL.we have calculated various ration under 5 major categories, they are

Return on Equity Ratio includes Net Profit Margin, Total Assets Turnover and Financial Leverage. Their DU-PONT has increase 2002 and 2003. But other years position is low.

Perfume Chemical Industries Ltd. The Pioneer of Chemical industry in Bangladesh The Company started its journey form 1972 by creating partnership and the partnership was converted into a private Limited Company in 1974. Later on, it was converted into a Public Limited Company in 1991 and offered it’s share to the public with the approval of the Securities And Exchange Commission in the month of January 1997. The shares of the company are listed both in the Dhaka Stock Exchange Limited and Chittagong Stock Exchange Limited. The Principal activities of the company throughout the year were manufacturing, processing, packing, stocking and deal in fine chemicals and manufacturing and marketing of quality cosmetics and toilet requisites.  The Financial statements have been prepared following consistently generally accepted accounting principles under the historical cost convention except for certain operating fixed assets which were revalued in 1994. Comparative information has been disclosed in respect of the year 1998 for all numerical information in the financial statements also the narrative and descriptive information when it is relevant to an understanding of the current years financial statements. Figures of the year 1998 have been reclassified whenever considered necessary to ensure comparability with the current period. The Financial statements have been prepared in compliance with the requirements of the Companies Act ‘1994, securities and Exchange Rules ‘1987 and other relevant local laws as applicable. The figures in the financial statements represent Bangladesh Taka. which have been rounded off to the nearest Taka except where indicated otherwise. Sales are recognized as and when delivery is made. Operating Fixed Assets are stated at cost or valuable less depreciation.

THE BOARD OF DIRECTORS

THE PRODUCT OF THE COMPANY

PERFORMANCE OF THE COMPANY

General conditions of business during the year under report did not improve up to the expectations of the management, business environment become more inhospitable to manufacturing industries. The year was a critical year for the company. Political unrest and other factors beyond the control of the company caused tremendous disruption in operation. The production hampered enormously due to frequent power shortage. Conditions on the market continued to be difficult particularly in view of intense competition with manufacturers selling inferior quality products, low quality spurious foreign products. The net sales of the company in the year is 82,704,291 as against 89,022,486 during the preceding year i.e. sales decreased by 7%. As the result, the company suffered a loss. With a view to overcome the unexpected situation, the Directors will endeavor to ensure steady growth in sales subject of course to favorable political, economic and other factors.

Internal liquidity ratios indicate the ability of PCIL Company’s short term debt-paying ability. We have calculated different ratios to show the liquidity position of the company. They are:-

We can Realize from upper chart that  current Ratio increased quickly. Cash Ratio decrease from 2000 yet 2003.But next year increased. But Quick Ratio increase serially. PCIL has an increasing trend in current ratio which shows that the over all liquidity position is quite good through out the observation period specially in 2002 and 2004. During the period Ratio is greater than past which  indicates that company has a  positive working capital. Cash Ratio is declining due to reducing cash an Receivables. Yet 2002 Quick Ratio constant but after 2002 it increased which indicates company’s cash and Receivables increased or liability decreased.

Cash Conversion Cycle indicates the ability of PCIL to meet average collection period and average payment period. They are showing in chart-

By realizing the Cash Conversion Cycle chart. We can consider that it has increasing gradually.

Operating Efficiency Ratios examine how the management uses its assets and capitals measured in terms of sales generated by various assets and capital categories. With a view to a having a measurement of operating efficiency of PCIL, we have used the following ratios.

These three ratios indicate the effectiveness of  PCIL utilization of total and fixed  assets and equity. All ratios fall at 2001.After 2001 they have increasing trend. Although Equity Ratio position few bad 2004.Above all the company’s sells well over the assets.

We can realize profit margin position from the chart. Which fall 2001 and same case for operating profit margin. But both is developed after 2001. But gross profit margin increased yet 2002. After 2002 it decreased. Return on equity is an important indicator of performance evaluation. DU-PONT system refers to break down ROE into three components to get a better in sight. The components are-

Through Dupont Analysis it is possible to know which factor is responsible for increase or decrease of ROF.

We can realize that Net Profit Margin and Total Asset Turnover decrease at 2001. But after 2001 its increase and financial leverage increase yet 2003 but 2004 it decreased from upper chart. From the graph we see that 2001 company Fall their Dupont, which reason is Net Profit Margin and Total Assets Turnover decreased. After 2001 It has declining which reason all the ratio is increased. But 2004 Dupont Fall for decreased of financial leverage. An decrease in Financial Leverage indicates that the company uses less debt than before which makes the institution build up.

PCIL is a Re-known pharmaceutical Company in the country. The Company face profit and loss account from 2000-2002 after 2002 they acquire capital work-in-progress. They also faced  cyclone at 2000.