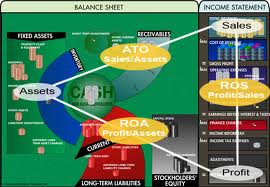 A ratio is a way of comparing two or more quantities.Analysing any company’s current ration,quick ratio,Debt-Equity ratio,Gross Margin percentage, Net Profit Margin,Operating Profit Margin, Depreciation Expense to Operating expense ration,Inventory Turnover,Times Interst Earned is Ration analysis. Ratio analysis is used to judge the financial success of an economic entity. One popular ratio is the current ratio which is current assets divided by current liabilities. This provides an idea of whether the entity can pay forthcoming bills. A ratio of less than one is a dangerous signal in that current bills are greater than current assets such as cash. This report is based on the rules of  Business Mathematics.It carries a minimum marks.This report will help us to upgrade our grades we get in our exams.It also enrich our knowledge about ratio analysing of companies.

I would like to acknowledge Mr. Md. Nazmul Islam,lecturer,School of  Business,University of Information Technology & science for this supervision and  valuable guidance.During the preparation of this report we have collected many  important information from various books and articles.I would also like to  acknowledge those authors.

The study and interpretation of the relationships between various financial variables, by investorss or lendrer. An integral aspect of fundamental analysis involves performing what many would call “ratio analysis”. This involves calculating a number of different industry standard ratios and comparing them to various benchmarks. The benchmarks can be the ratios of other competitors, industry average ratios, or industry “rules-of-thumb”. There’s no set procedure for performing ratio analysis because it all depends on the type of company you’re analyzing – certain industries have industry specific ratios. Regardless, this article will give you an overview of some of the standard ratios and what they may tell us about a company. I’ll group ratios into four categories used to evaluate the different facets of a company’s performance and overall condition: liquidity, operating performance, leverage, and equity valuation.

The Current Ratio is the perhaps best-known measure of a company’s liquidity.

The Quick Ratio is a more stringent measure of a company’s short-term liquidity position.

The Debt-to-Total Capital Ratio measures the degree to which the firm has been financed by debt.

The Interest Coverage Ratio can help to determine the firm’s ability to repay its debt obligations.

Another way of measuring whether a company will be able to meet upcoming debt obligations is to use the Cash Flow to Interest-Bearing Debt Ratio. Countless ratios exist, and this list is by no means exhaustive. I’ve tried to identify the most widely used and what are in my opinion, the most relevant ratios in the industry. Ratio analysis works best as a supplement to other stock analyses. Remember, you have to make comparisons among companies in a particular industry, or to historical averages. Performing ratio analysis correctly will take time, a lot of time, but when it comes to investing your money, you should always be willing to spend time to make an informed decision.

Our Objective is to find the different kind of ratio of “Apex weaving & Finishing Mills Ltd.”

Formulas are given below :

Comment: In the year 2004 current ratio has been decreased.

Comment: In the year of 2005 Time Interest Earned decreased.

Ratios are just one number divided by another and as such really don’t mean much. The trick is in the way ratios are analyzed and used by the decision maker. A good strategy is to compare the ratios to some sort of benchmark, such as industry averages or to what a company has done in the past, or both. Once ratios are calculated, an analyst needs some benchmarks to find out where the company stands at that particular point. Useful benchmarks are industry comparisons and company trends.
It may be useful to compare a company to certain industry averages to get a feel for how the company is performing. In that case it is necessary to obtain industry performance measures.One of the ways in which financial statements can be put to work is through ratio analysis. Ratios are simply one number divided by another; as such they may or not be meaningful. In finance, ratios are usually two financial statement items that may be related to one another and may provide the prudent user a good deal of information. Of the myriad of ratios that could be generated, some will be more meaningful than others. Generally ratios are divided into four areas of classification that provide different kinds of information: liquidity, turnover, profitability and debt.