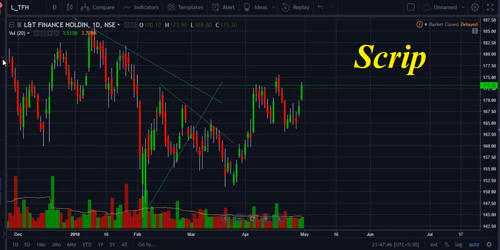 Scrips come in many different forms, primarily as a form of credit, with the document acknowledging the debt. It is a provisional certificate of money subscribed to a bank or company, entitling the holder to a formal certificate and dividends. It also represents a temporary document representing fractional shares resulting from a split or spin-off, or they may indicate currency issued by a private corporation such as frequent flier miles. In Finance, It is a certificate representing a fraction of a share of stock.

In a broad sense, the term scrip refers to any type of substitutional currency that replaces legal tender. It is a paper currency in denominations of less than one dollar, formerly issued in the United States. In many instances, scrip is a form of credit but is generally always some form of documentation of the debt. It is a certificate indicating the right of the holder to receive payment later in the form of cash, goods, or land.

Scrips were created to pay or compensate employees under the truck system. It is something that is not a currency but that can be used in the same way as money, for example, points you collect when you shop at a particular store and gift certificates. This system, which began during the Industrial Revolution, meant that employees were paid in kind with commodities, vouchers, tokens, or some other form instead of cash. This was usually to the benefit of the employer, not the employee.

Scrips have also been widely used in localized commerce when traditional or legal currency is unavailable or in short supply. It is an issue of additional shares to shareholders in proportion to the shares already held. This includes small communities or towns—such as the first coal towns—in remote locations, military bases, ships at sea for long periods of time, and in occupied countries during wartime. It is also a form of money issued by a local government or private organization.