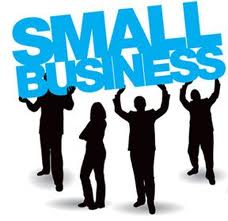 History of Bank in Bangladesh

Banks are the most financial institution of the economy. They are the principal source of credit (loan able fund) for millions of households (individuals and families) and for most local units of the government. Moreover, for small business ranging from grocery stores to automobile dealers, banks are often the major source of credit to stock the shelves with merchandise or to fill dealer’s showroom with new goods. When the business and consumers need financial information and financial planning, it is the bankers to whom they turn most frequently for advice and council.

Worldwide, banks grant more installments loans to consumers than any other financial institution. Banks are among the most important source of short term working capital for business and have become increasingly active in recent years in making long term business loans for new plant and equipment.

Origin of the Word

The name bank derives from the Italian word banco “desk/bench”, used during the new beginning by Florentine bankers, who used to make their transactions above a desk covered by a green tablecloth. However, traces of banking activity can found even in ancient times.

In fact, the word traces its origins back to the Ancient Roman Empire, where moneylenders would set up their stalls in the middle of enclosed courtyards called macella on a long bench called a bancu, from which the words banco and bank are derived.

What Is the Economic Function of a Bank?

Banks operate by borrowing funds-usually by accepting deposits or by borrowing in the money markets. Banks borrow from individuals, businesses, financial institutions, and governments with surplus funds (savings). They then use those deposits and borrowed funds (liabilities of the bank) to make loans or to purchase securities (assets of the bank). Banks make these loans to businesses, other financial institutions, individuals, and governments (that need the funds for investments or other purposes). Interest rates provide the price signals for borrowers, lenders, and banks.

Through the process of taking deposits, making loans, and responding to interest rate signals, the banking system helps channel funds from savers to borrowers in an efficient manner. Savers range from an individual with a $1,000 certificate of deposit to a corporation with millions of dollars in temporary savings. Banks also service a wide array of borrowers, from an individual who takes a loan of $100 on a credit card to a major corporation financing a billion-dollar corporate merger.

The table below provides a June 2001 snapshot of the balance sheet for the entire U.S. commercial banking industry. It shows that the bulk of banks’ sources of funds comes from deposits – checking, savings, money market deposit accounts, and time certificates. The most common uses of these funds are to make real estate and commercial and industrial loans. Individual banks’ asset and liability composition may vary widely fromthe industry figures, because some institutions provide specialized or limited banking services.

1. Recognition of Right to Credit:

The view thus given of bank credit in general furnishes the key to the view which should be taken of the bank itself. It is, as we have already seen, a credit institution – an institution for the investigation, discussion, and recording of credits. It is not, in this aspect, what some have described it, an enterprise for “manufacturing” credit. The “manufacture” of credit, as clearly appears from what has already been said, is impossible. A basis of credit is automatically created whenever real buying’ power or value is in process of being brought into existence. Such power is created during the expenditure of labor and capital, but the real worth or value is often intimately associated with the other elements that appear in the general operations of his concern. The basis only appears when it is dissociated from the other elements in the aggregate of goods and expert means are needed to recognize it. The first function of a bank, then, is that of recognizing through scientific analysis the real nature and amount of the values which are presented. Fundamentally, therefore, the credit department of a bank is the basic element in its organization. It is true that in the past many banks have been able to do without credit departments and that at the present time there are not a few of them – chiefly the smaller and less advanced types of institution – which have no credit departments, or only very rudimentary organizations of the sort. These, however, usually accept the work of credit departments operated by their city correspondents. The true work of a bank credit department is done whenever any loan is made. It may be that the work of credit analysis is incidentally performed by the president or a vice-president of the bank or by some other officer who happens to have charge of the work of lending, but the function is there.

Secondly, the bank, after recognizing or analyzing credit, guarantees it. It does this by substituting its own credit for that of the “borrower” or owner of wealth. If A, for example, is producing steel from pig iron, the bank ascertains the value of the products which he has in process, which, we may say, is $25 per ton. It undertakes to loan, say, $10 per ton, and in order to carry out its part of the agreement it obligates itself to pay $10 on demand to anyone who may be designated by the owner of the plant. The owner leaves with the bank his own note, which may be secured or may be simply a claim upon his general assets. In either case, however, the loan is made on the strength of existing value. It represents that part of the value of the product which the bank is willing to guarantee. The bank does not expect to be called upon to meet this obligation for $10 per ton. On the contrary, it expects to offset the obligation against other claims, and as a net result it believes that it will not be called upon to reduce its holding of specie. That, however, is to be determined at a later time. The bargain which the bank makes when it enters into relationships with the borrower involves the substitution of its own obligation for that of the owner of the goods, and this is the essential point in the whole operation.

Thirdly, the bank not only undertakes to put its obligation in place of that of the borrower, but it undertakes to keep this obligation steadily redeemable on demand in money, or in lieu of such redemption, to shift the “credit” from A to B and from B to any other that the latter may indicate, through a process of bookkeeping which involves the receiving, recording, and paying of claims drawn against the total credit which has been allowed. Closely connected with this function are the subordinate duties of exchange and remittance, which, as will be seen at a later point, are variants of the same general function.

Overview of Banking Environment in Bangladesh:

The banking industry in Bangladesh is more than 600 years old. In Bangladesh 1970’s banking sector in Bangladesh entered into new era when the entire commercial banks and financial institution were nationalized after the emergence of Bangladesh as an independent nation in 1970’s (except foreign banks) with fixed landing and deposit rates .