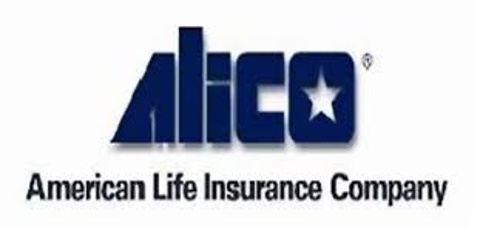 Term Paper on the Financial Report on Insurance Companies

Main objective of this term paper is to analysis Financial Report on different Insurance Companies. The purpose of the report is to identify the financial condition and implementation of various IFRS system and practices in insurance companies. Eventually recommendation was provided for making the IFRS system more effective and efficient for the corporation. If insurance companies adhere to the IFRS system thoroughly then will probably be always in upper hand to retained best workers in the organization in the foreseeable future.

Since 2001, the new set of standards has been known as the international financial reporting standards (IFRS) and has been issued by the International Accounting Standards Board (IASB). Financial statements may not be described as complying with IFRSs unless they comply with all of the requirements of each applicable standard and each applicable interpretation.

The European Commission has made IFRS (a single set of high quality, understandable and enforceable global accounting standards) mandatory for all 7000 EU public companies (including some 2000 in the UK alone) as from financial year 2005.

Outside of the EU, significant regions such as Australia, Russia, South America, Africa and the Middle East either have adopted or are currently in the process of adopting IFRS, with others including the USA, Canada, China and Japan being already committed to a path of future convergence.

IAS seminars is proud to offer a broader and deeper range of IFRS courses in more worldwide locations than any other training organization.

The South Asian Federation of Accountants sponsored the First South Asian Accounting Summit on 18-19 April 2006 in Karachi, Pakistan. Representatives of the Institute of Chartered Accountants of Bangladesh (ICAB) presented an update on the adoption of IFRSs in Bangladesh:

Insurances. The Insurance Company Act   mandates reporting formats and disclosures based on BAS 30, which is similar to IAS 30. The Act is silent about other BAS, and compliance with BASs by insurances is mixed.

Other companies. Neither the law nor the by-laws of the Institute of Chartered Accountants of Bangladesh mandates compliance with BASs by unlisted companies. Actual compliance varies widely. There are no separate standards for small and medium-sized entities (SMEs).

Acountants, ICAB regulates its members; however, it has no legal mandate for setting accounting standards. Despite that, ICAB develops and issues BAS, which are not legally binding by corporate management. The ICAB expects its members, who prepare and audit financial statements, to observe the local standards. The ICAB has a standard-setting committee that selects particular IAS as the basis for drafting BAS. The BAS is prepared by adapting IAS to reflect specific local requirements under Bangladesh laws and regulations. The draft BAS is submitted to the Council of the ICAB for discussion, finalization, and adoption.

Financial footing with an Authorized Capital BD Tk. 300 million out of which sponsor Directors paid up capital of BD Tk. 60 million. We have already been taken steps to float public share of BD Tk. 90 million. The main features of the Company is stated as below-

Federal Insurance Company Limited is a name in the field of Insurance Industry in Bangladesh representing a  perfect combination of expert knowledge and diverse experience. The board of directors of the company  consists of leading industrialists, exporters, importers and businessmen of the country who play a major role in the sphere of trade, commerce and industry including insurance business. The  company was registered on the 11th November, 1987 and obtained Insurance Registration Certificate on the 17th November and was formally inaugurated on the 20th December, 1987 for underwriting Marine, Fire, Motor, Personal Accident, Aviation and miscellaneous Insurances.

The vast experience of the members of the Board of Directors of the Company, their financial standing, personal image and social status coupled with technically qualified, highly experienced and a dedicated management team have made this Company one of the leading private general insurance organizations in this country within a very short period.

CAPITAL STRUCTURE OF THE COMPANY

It was established in 1986. A group of young entrepreneurs of Bangladesh who had earlier launched a commercial Bank in the private sector sponsored the company with 30 million Taka capital. Sponsors included shipping magnets, Engineers, Road Builders, Top Garment Exporters and Importers.

Market size of Bangladesh in the non-life sector was Tk. 1,050 million in 1986. It has grown to Tk. 5,967.119 million in 2006. With the arrival of private sector power companies like AES, gas giants like UNOCAL, SHELL and discovery of new off shore gas in the Bay of Bengal and other private sector infrastructure industry in the country, it is expected that there would be quantum jump in the non-life insurance premium portfolio in Bangladesh once the decision as to utilization or export of gas is taken by the Govt.

Paid-up capital of the company is Tk.188.83 million and Reserves including capital reserves stood at Tk.784.92 million thus making an equity base of Tk.780.51 million as of December 2006.

Investment Company’s investment portfolio is well balanced. Position in brief, as of December, 2003, stood as below:

Claim Settlement: Client’s service and prompt settlement of claims are the key to the success and growth of the company. Claims are settled immediately on completion of the required formalities by the insured and the surveyors. The company has settled claims of over Tk. 1,764.40 million since it started operation in 1986 till 2005. The gross premium earned and gross claims settled during the last 5(five) years stood as under:

Performence at a glance

Pragati has been in financial sector operation like share underwriting, trusteeship to the debenture issues, trading of shares and other securities at both primary and secondary market.

Pragati has built a 16 storied high rise building at Kawran Bazar, Dhaka -1215 under a joint venture programme with Rhone Poulenc Rorer (RPR) Bangladesh Ltd which has completely changed the sky line of the area. Out of 16, 4 floors (2nd to 5th) belong to RPR and rest 12 floors belong to Pragati. The Head Office of the company is situated at the 12th, 13th & 14th floors.

Pragati has a big chunk of land measuring 86 kathas in the prime location of Dhaka. The land is situated on the corner of Panthapath and Sonargaon Road crossing opposite Sonargaon Hotel. Various alternatives are being examined by the company for proper utilization of the land.Land Development

Under the prudent leadership and unstinted support from the Board of Directors Rupali Insurance Company diversified it’s activities to include a wide range of Insurance Services with a net work of 42 branches in Bangladesh. It is a matter of pride that a man of great personality, well-reputed industrialist and Ex-President of Bangladesh Garment Manufacturers and Exporters Association (BGMEA) Mr. Mostafa Golam Quddus is the Chairman of the Board of Directors of the Company.

It is also worth mentioning that the Ex-President of Bangladesh Garment Manufacturers and Exporters Association (BGMEA) Mr. Kazi Maniruzzaman a leading industrialist and a man of reputation is one of the Directors of the Company.

We have the pleasure to add that Mr. M. Azizul Huq Former Inspector General of Police, Government of the People’s Republic of Bangladesh & Former Advisor to the Caretaker Government of Bangladesh joined the Company as Management and Financial Consultant in 1998 after retirement.

The Company is managed by a team of highly qualified and experienced professionals headed by the Managing Director Mr. P. K. Roy, FCA, FCS having vast expertise and experience in the field of Insurance, Re-insurance and Financial Management to his credit.

Here we give some IAS which are followed by the insurance companies in different fashion.

Fully adopt IAS/IFRS and ISA (International Standard of Auditing) without modifications and ensure mandatory observance of these standards. Adopt IAS/IFRS and related interpretations issued by the IASB as legally enforceable standards applicable to the preparation of the legal entity and consolidated financial statements of all public interest entities. The audit of financial statements prepared by public interest entities should be carried out in accordance with ISA (International Standard of Auditing) and other related pronouncements issued by IFAC. Also mandate the IFAC Code of Ethics for Professional Accountants for all practicing accountants and auditors.